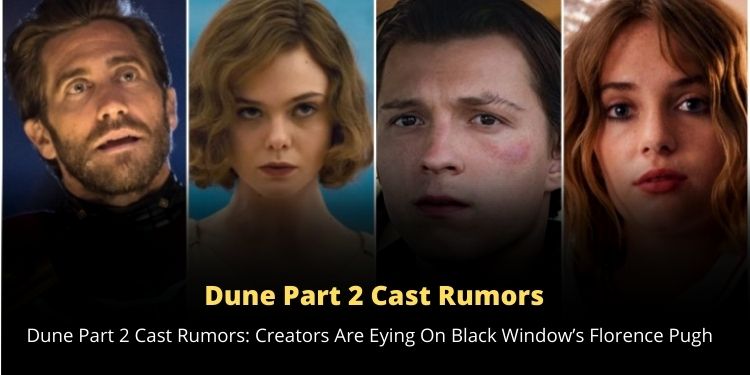 Dune Part 1 was loaded with tons of royal cast members. So, the audience is expecting some explosion in the Dune Part 2 cast list. Therefore, which actors are boarding in to take the fans to the new roller coaster ride of 2023? Here is everything we know so far.

Dune Part 1 was a blockbuster at the box office. Racking up insane fan reviews and love from the masses, Legendary Entertainment quickly announced the sequel of the movie.

So, with Dune 1 ending with a cliffhanger, the fans are curious to know what happens next. Dune is officially picked from Frank Herbert’s seminal novel.

While there is a lot of hype around the sequel, one thing the fans are really very excited about is the Dune Part 2 cast. As per the leaks, the sequel will be dragging in some super popular stars to add a dose of entertainment to the lives of the fans. So, who is coming in the Dune Part 2 Cast list?

While Dune Part 2 will bring back the main faces from part 1 including Zendaya, Timothee Chalamet, Rebecca Ferguson, and more, it will also add some new faces.

As per the latest updates, Florence Pugh will step into the shoes of the Princess of Irulan, the daughter of the powerful Emperor Shaddam IV.

Pugh has gotten insanely popular after playing the role of Yelena Belova in Black Widow and on Hawkeye. So, now the fans are expecting an out-of-the-box performance from her.

Dune Part 2 shooting will be kick-starting this summer 2022 and the movie is scheduled for an official release in 2023.

Also Read – Outlander Season 6: Why is Jamie in prison in season 6?