Dragon Ball franchise is loaded with some gorgeous ladies. So, who are these hottest DBZ characters? Let’s jump into the article to know.

Though Dragon Ball Z female characters have rarely been into combat, when it comes to powers, they are no less than the Z-warriors. Characters like Android 18 are immensely powerful and always ready for a head-to-head battle. Moreover, Dragon Ball Z has introduced some of the most adorable female stars who are loved by anime fans.

Most of these dbz girl characters attracted fans with their incredible beauty and breath-taking skills. Though Dragon Ball has rarely been a franchise where a woman’s abilities have been given equal stress as a male character’s, with the unwrapping of the latest chapter, female characters like Kelfa and Caulifa has gotten huge recognition.

But, today we will unveil a complete list of all female dbz characters, who impressed the audience both with powers and skills. We will also highlight the toughest women across the entire Dragon Ball Z universe. We will talk about the Dragon Ball Z female characters who have either stunned the fans with jaw-dropping powers or by their incredible looks.

If you are craving to know some mind-boggling details about all the female dbz characters, make sure to check out our complete list below – 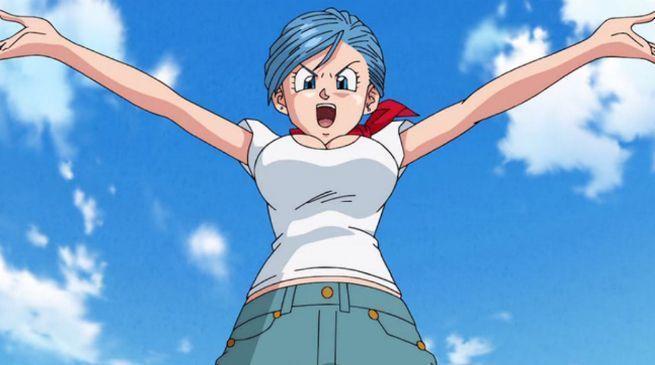 Though Bulma is often labeled one of the weaker recurring Dragon Ball female characters, she adds a pinch of adorability to the plot. She possesses some insane talents, which push her to analyze the depth of several matters and invent new technologies. It’s all about Bulma’s appearance that allows the Z-warriors to access exclusive equipment like Time Machine, or the Blutz Wave Generator.

When it comes to physical abilities, Bulma is well aware of her strengths and intelligence. Though she never indulges in direct fights, she can be titled a lifeline to the Z-warriors offering them active assistance. Chi-Chi is one of the most valuable Dragon Ball Z girl characters. However, she is far away from combat. Though as a child, she was well skilled in martial arts and she was able to smack opponents around. However, most of her fight sequences are added for comedic effect.

Chi-Chi also had good fighting training with the character showcased while challenging her future husband, Goku, at the World Martial Arts Tournament. She showcased some impressive moves and stunned the audience with her moves. However, with time, she turned out to be a supporting character.

Though she lacks power, Chi-Chi is titled a dbz female character who is often compared to a tiny dog who barks the loudest. Her character carries an essence of fearlessness and she is never afraid to confront even the scariest villains. Goku is one of the mightiest Saiyans. However, the most hilarious part is he is afraid of his wife Chi-Chi. When this Dragon Ball Z female character was introduced, she attracted the audience with her looks. Launch was titled one of the amazing creations of Akira Toriyama. However, she was ultimately excluded from the plot and the reason appeared to be hilarious for the fans.

Launch, one of the most interesting dbz female characters, was eliminated from the plot as the creator, Akira Toriyama, forgot about her existence.

Launch has a one-time appearance in Dragon Ball Z and at that point, she was titled the strongest woman of the franchise. The most interesting part about this character was whenever Launch sneezed, she experienced a change in personality. She had insane access to weapons and firearms and was proficient in handling them. 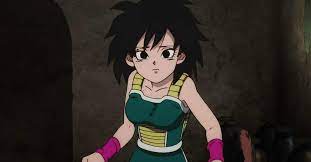 Goku’s Saiyan identity remained under the shadow for a long time. However, with the introduction of his powerful brother, the plot went on to pass some glimpse of his father. As the plot unwrapped, Goku’s family’s identity was revealed.

Though he did not get much information about Goku’s mom. The female dbz character was introduced as Gine. 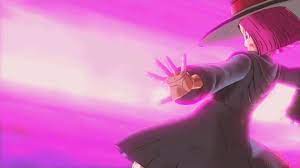 The Fortuneteller Baba can easily be titled one of the weakest Dragon Ball Z female characters, who would get defeated against most of the Dragon Ball martial artists experts. However, Baba is not useless. She possesses the insane ability to manipulate events through her mystical powers.

Though Baba has not played an important role in the plot till date, she showcased her abilities in the early part of the franchise. She temporarily revived Grandpa Gohan with her powers for an encounter with Goku. 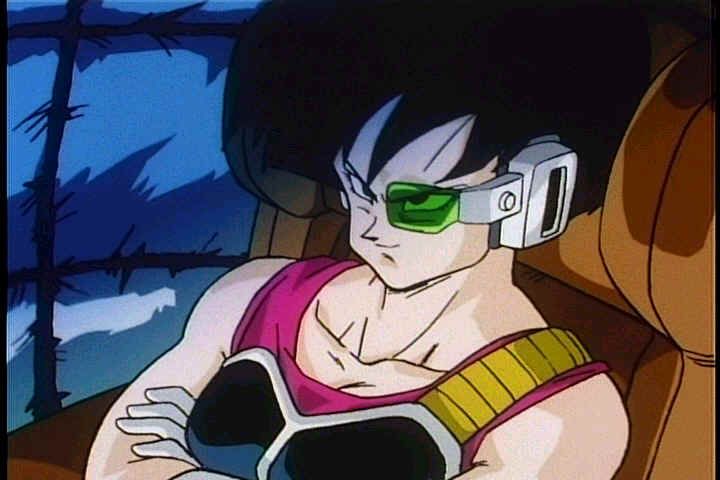 Fasha was one of the first dbz girl characters who got the prideful title ‘Saiyan.’ She was a part of Bardock’s team of fighters. As the fans knew who was alive after Planet Vegeta’s destruction, it was pretty clear that Fasha is not going to survive long in the Dragon Ball franchise. So, in the Dragon Ball Z: Bardock – The Father of Goku we could see her as the character was already killed.

Like the other members of the Saiyan’s team, the Dragon Ball Z female character, Fasha also possessed the ability to transform into the Great Ape form, which makes her the first Saiyan to get to that level. Though Videl was initially introduced as a typical human character, unlike her father, Mr. Satan, she was extremely skilled. She was one of the Dragon Ball Z female characters who grew in terms of powers and personality. With a keen interest in the supernatural powers of the Z-warriors, Videl unlocked her true potential.

Under Gohan’s training, he learned how to fly and also mastered the art of combat and defending. Though she was initially introduced as a female dbz character who wanted to join the team of Z-warriors, ultimately she turned to Gohan’s wife and the couple had a beautiful child named Pan. 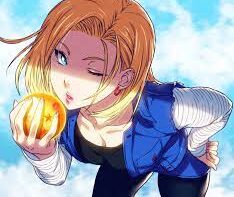 Android 18 stood out among all female dbz characters, being one of the most influential Androids when Future Trunks was so scared off. When Vegeta unlocked his Super Saiyan form for the first time, he was knocked out and his arm was broken with a single kick of Android 18. Pan can be easily titled one of the most powerful Dragon Ball Z female characters. In Dragon Ball GT, we witnessed her showing her skills. Though she is still a child, coming from the Saiyan family, she possessed incredible strength.

At the climax of Dragon Ball Z too, we witnessed her tossing around powerful men, defeating them with ease. So, it’s likely we will witness a grown-up Pan and many of her new skills. As of now she is incredibly energetic and is similar to Trunks in terms of personality. Her tomboyish nature attracts most of the fans. 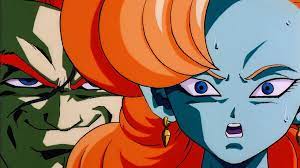 When it comes to one of the scariest foes in Dragon Ball Z Universe, a name that pops out is Bojack. Most of the fans remember him from the Bojack Unbound movie. However, Zangya is of the popular Dragon Ball Z female characters from Bojack’s allies.

Zangya got paired off in a head-to-head fight against Krillin initially and overpowered him easily. She was extremely powerful and could also overpower the Z-warriors. She also defeated Future Trunks. With the assistance of Bojack’s team, she was initially able to overpower Gohan. 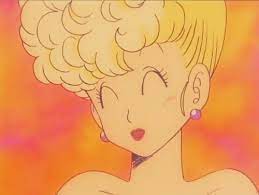 Mrs. Brief is Bulma’s mother and, similar to her daughter, she too, is incredibly attractive and possesses a noble attitude. Her curly and messy yellowish hairs make her the center of attraction. She is often titled the most beautiful of all female dbz characters. She carries a cheerful personality and is always noticed smiling.

She possesses the potential to change the atmosphere with her incredible charm and presence. Her dressing sense is incredible, and she appears extremely innocent. So, as Dragon Ball is all about fighters and transformations, Mrs. Brief fails to get importance in the plot. 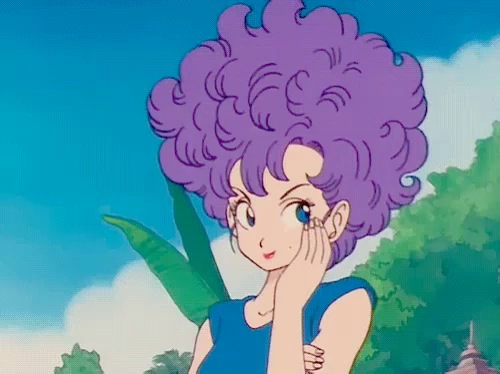 Ran Fan is one of the hottest Dragon Ball z girl characters, who appeared a bit similar to Mrs. Brief in terms of looks. Her character design resembles Mrs. Briefly, except for her purple hair.

She has an incredible amount of appeal that she utilized to her advantage during the World Martial Arts Tournament. She is one of the most beautiful Dragon Ball Z female characters and her look with baggy pants and sleeveless shirt complements her beauty. She is known for her sweet talks and flirty attitude. 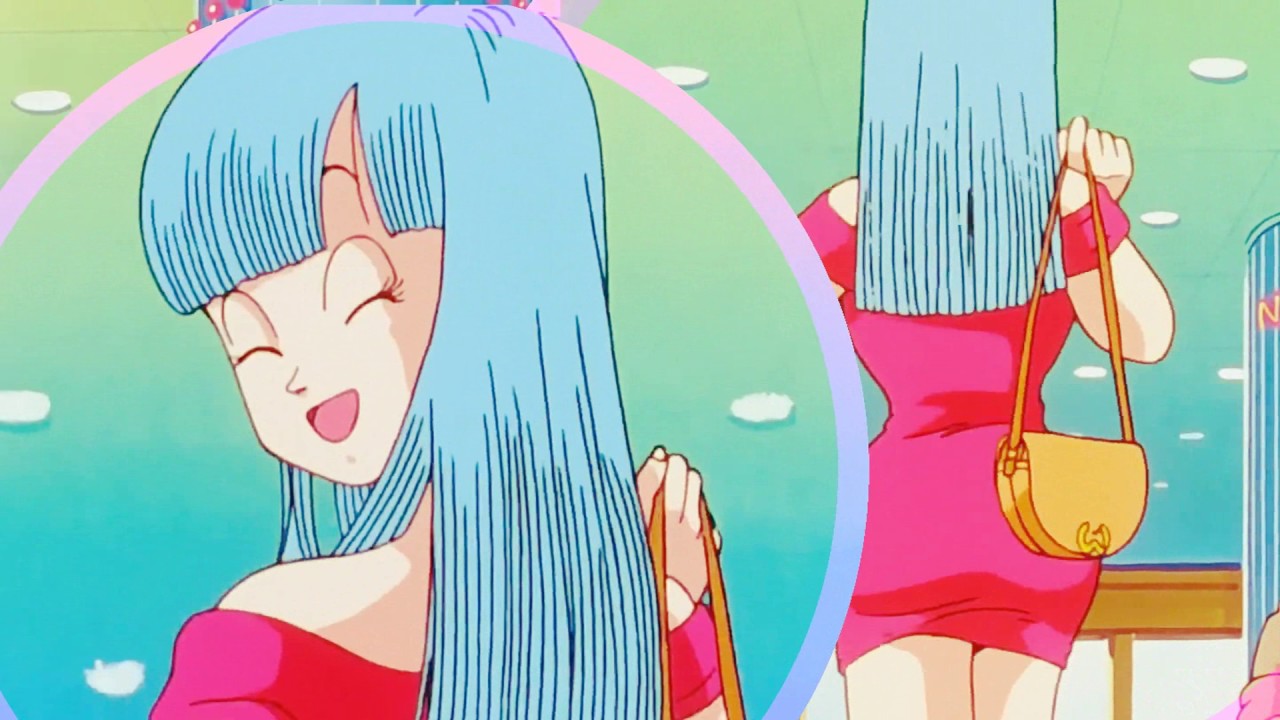 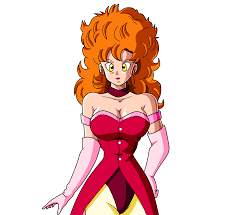 Miss Piiza is one of the most spectacular characters in the Dragon Ball Universe when it comes to good looks and insane beauty. She is known for her curvy figure, complemented with thick orange hairs. Her outfit is pretty astonishing, consisting of high-heeled boots, earrings, and a choker.

Her adorable voice complements her beauty and she attracts many men with it. Miss Piiza is undoubtedly one of the most beautiful characters in the Dragon Ball Universe. 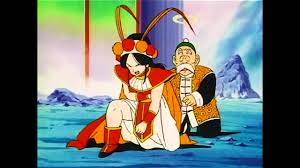 Annin is one of the fan-favorite Dragon Ball female characters introduced during the Piccolo Jr. Saga. Carrying incredible beauty, she is the Guardian of Furnace of Eight Divisions.

She is one of the prettiest ladies out there. She is an insanely attractive character due to her kind nature and adorable outward appearance.
When it comes to her attire, she beautifully dresses in a red gown and has strands of her hair hanging on both sides. Android 21 is one of the most adorable Dragon Ball female characters which appears in the Android 21 arc. She is one of the incredibly powerful androids and carries killer looks. She wears glasses, has auburn hair, and wears a short blue and red patterned turtleneck dress, while her lab coat compliments her look.

In her real form, she has pink skin, her ears turn pointed, her hair turns white, and she gets a tail. She is one of the tallest women in Dragon Ball. There are two Android 21 in Dragon Ball – one is evil and one is good.

Bikini is introduced as the wife of Dr. Brief and she is the mother of Bulma and Tights. While she is the mother-in-law of Vegeta and Grandpa to Trunks and Bulla. In the early days, she was one of the most gorgeous ladies. She has blonde hair and a thin figure.

She wears insane jewelry and upscale clothes. However, in the Namek Saga, we saw her beautifully carrying out tight blue jeans and an orange shoulder-less shirt. In the Frieza Saga, we have seen her primarily taking the role of a housewife at the Capsule Corporation.

She has also made several appearances in Androids Saga and Cell Saga. 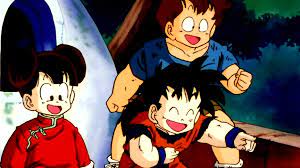 Chico is a 6-year-old orphan girl who meets Gohan. She is introduced as the little sister of Rom. Chico introduces a touching story as she and her brother lost their parents back when she was only 4 years old. She made her debut in Vegeta Saga when young Gohan discovers her.

She is said to be the youngest of all the orphans hailing from a clan led by Pigero. Later in the arc, she was dragged back to the orphanage by Police and the orphanage employees. In Dragon Ball Z, Chico is one of the cutest children. 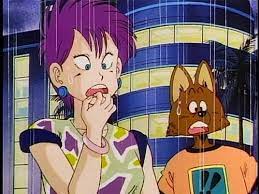 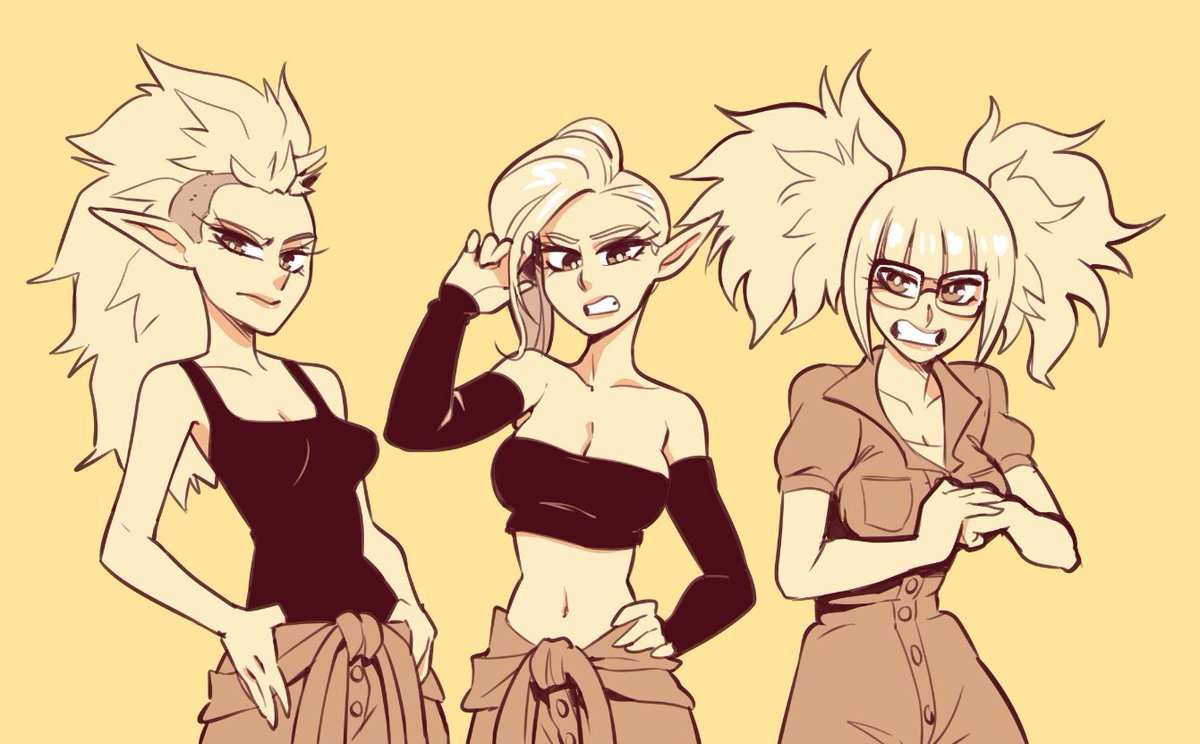 Iwaza is another good-looking character in the anime. She is introduced as a prominent member of the Galactic Bandit Brigade. She is one of the most gorgeous characters. Though she is an alien, she gives good competition to the hottest-looking Dragon Ball Z female characters like Bulma, Android 18, and more.

She has a slightly darker skin tone and sharp, pointed ears. Her hair is silver and her eyes are golden brown. She is incredibly powerful too as she uses Full Power Energy Wave and Merge as her special moves.

Q1: Who Is The Hottest DBZ Girl Character?

Ans – When it comes to hottest in the Dragon Ball Z world, the two characters that attract the eyeballs of the fans are Bulma and Maron. The blue-haired wife of Vegeta has been known for fan service from the start of Dragon Ball. While Maron, the ex-girlfriend of Krillin, has also been the talk of the city when it comes to beauty.

Apart from them, Android 18 is also titled one of the sexiest characters of Dragon Ball Z.

Q2: Who Is The Most Powerful Dragon Ball Female Character?