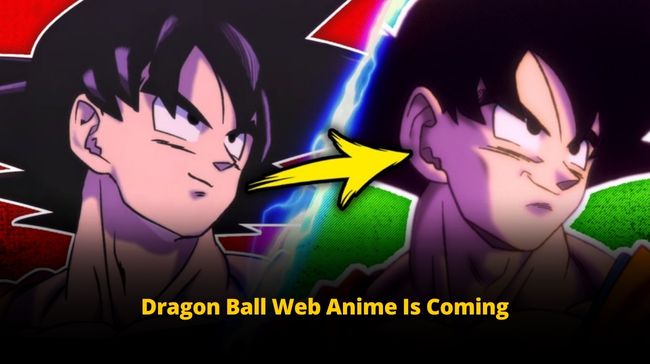 As we all know, Dragon Ball’s latest update was the movie Dragon Ball Super: Super Heroes, which was released in August 2022.

After that, there are no significant updates about the tv series or movie. Fans were wondering whether the DBS series would continue or not.

DBS Chronicles is an excellent fan of the DBZ series and always has enlightened other fans with the info about the Dragon Ball Universe.

In his new post, he recently stated that the two projects at work are a television anime and a web anime. Excitement among fans is just off the charts after hearing this.

So, today we are here with all the latest updates on the Dragon Ball web anime.

A new reveal of a couple of projects of DBS is already in talks. Discussion about what will happen and how it will happen is going on all over the internet.

The tweet also confirms that the announcement of this will soon occur. Information will take place in its traditional way in Video Segments along with Victory Uchida, the usual production of the franchise.

The announcement is still not official, but if we look in the past, we will find that significant information about Dragon Ball happened in this way only.

Anxiety among fandom can’t be measured while they eagerly wait for the release of the new series.

Break down of news of Dragon Ball Web Anime

The Twitter news released by Chronicles has specified more details about the 2023 Web Anime project than the television web.

However, Chronicles estimates that the TV project will also be completed by 2023, or there is a possibility that it may be delayed to 2026, the year when the Akira Toriyama Dragon Ball manga series will complete 40 years.

In the case of TV anime, fans are only given two choices. The first one is that the project will be announced in 2025, with trailers and teasers released throughout the year until February 2026, when the franchise will celebrate its 40th anniversary. The second choice is that the project will be released in February 2025, with the actual series released sometime later in the year.

Well, questions are arising about whether the new project will continue the Super chapter. Well, the answer is no.

In the Twitter post, Chronicles mentioned that the new staff had been hired and there would be no connection with the older team.

This gives fans intimation that something completely different is going to be released. Apart from this, no major updates were released. For more information, keep following us and stay tuned.