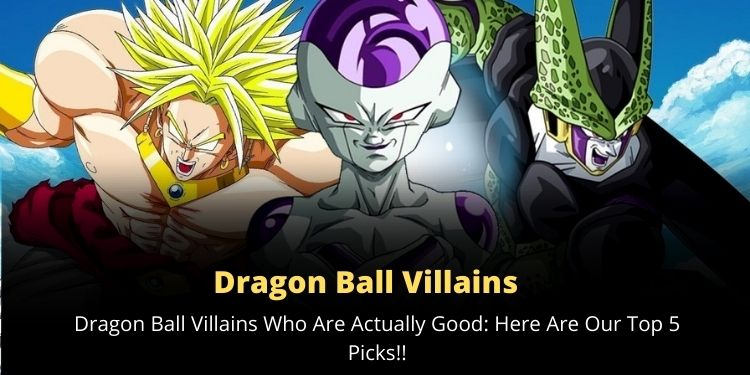 The Dragon Ball franchise has gifted us a bunch of awesome villains. While some are insanely wicked like Frieza, there are some Dragon Ball villains who actually won a clean heart. However, their responsibilities or heart-breaking backstories initially compelled them to step in as a Dragon Ball villain.

So, today, Sassyshows is here with its top five villains from Dragon Ball who are actually good and kind-hearted.

Dragon Ball Villains Who Are Not Actually Bad

If you are not a hardcore Dragon Ball manga fan, the name may be confusing for you. However, if you follow the official manga, you know, Granolah is one of the newest threats to our favorite Z-fighters.

Though Granolah is introduced in Dragon Ball magna as one of the deadliest foes of the Z-warriors, he comes with a tragic backstory. He belongs to the Cerealian race which was diminished by the Saiyans on Frieza’s order. So, he stepped into the Earth to kill the remaining Saiyan.

We all know how powerful Broly is. He is a legendary Saiyan who was initially introduced as one of the most terrifying Dragon Ball villains. However, it was pretty clear that Broly was manipulated and it was his rage at the death of his father that drove him to kill the Z-Warriors.

We all have witnessed the unimaginable energy of Jiren. Even Goku could not single-handedly defeat him. He is the strongest fighter of Universe 11 and has also defeated the God of Destruction of his own universe.

However, in the Tournament of Power, he was actually fighting to protect his own universe from being erased by Zeno. We also saw his kind and generous attitude when he praised Goku for being a worthy opponent.

Hit is one of the most fascinating Dragon Ball villains introduced in the Super series. He is an assassin with sleek moves and a wide arsenal of deadly attacks. Though initially he appeared to be deadly, much like Jiren, he too, was protecting his universe in TOP. Hit is just a mercenary who takes pride in every work.

The Dragon Ball series introduced Piccolo as one of the all-time best Dragon Ball villains. However, the wickedest of Piccolo was instilled in him by his father King Piccolo and Piccolo stepped into Earth to seek revenge.

However, ultimately it was Goku’s kindest that turned Piccolo into a good soul and he ultimately joined Goku’s side.

2 thoughts on “Dragon Ball Villains Who Are Actually Good: Here Are Our Top 5 Picks!!”