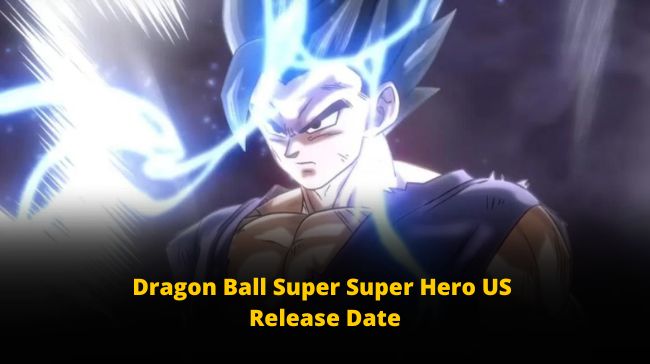 The dominance of the Red Ribbon Army is back. The dream which left Captain Red disappointed is still fully functional under the shadows of his companions. The action which all was waiting for is set to return in this new upcoming movie.

The Dragon Ball Super: Super Hero US release date is set just a couple of weeks after the Japan release date.

The birth of the Dragon ball back in 1986 continues to amaze us with Son Goku and his efforts to save planet earth.

The series, which has existed for more than three decades, is making a comeback with the attack of its old enemy, The Red Ribbon Army.

Blood will be shed, terror will be created, and thrill will be experienced in this all-new movie of Dragon Ball. The excitement in the crowd is roaring after hearing The Dragon Ball Super Super Hero US release date.

The Return Of Android Saga

Every person who has been watching the show since their childhood is making a return with its sequel. Androids will retaliate with their new variants of Gamma 1 and Gamma 2.

A search for Dragon Balls will begin again to achieve the long-lost objective of the destruction of the world. Even after the death of Doctor Gero (The Creator of Androids), his work is still carried out in clouds by his Employer( The Red Army).

After reading The Dragon Ball Super Super Hero US release date, never-ending curiosity is created in public. IMDB ratings are ready to blow off the charts.

Finally, after a lot of wait, Dragon Ball Super Super Hero is coming to the US on August 19, 2022. So, fans mark the date and get ready for the ultimate adventure.

Red Army and its motive:

The Red Army was Son Goku’s enemy during his childhood period. The original motive was to gather the Dragon Balls and bring destruction upon the world.

But underneath this motive, Commander Red (The Head of the Red Army) has some other intentions.

He wanted to increase his height as he was short and frustrated because of this. Later his intentions were revealed, and he was killed by his own employee “Officer Black” and took his place.

Gradually the army took the name “Black Ribbon Army” in the name of its new leader. The Dragon Ball Super: Super Hero US release date has lit the fire among the crowd after knowing an old enemy’s return.

The public has long waited for the Dragon Ball production team to release something about the new upcoming movie.

The Dragon Ball Super: Super Hero US release date has fulfilled the demand and expectations of the horde.