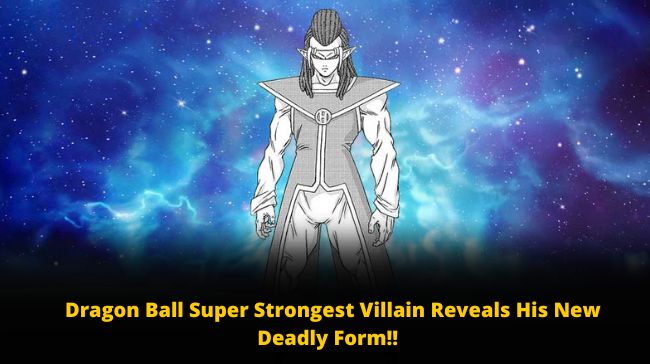 You can see at the start of the chapter that the fight between Vegeta and Gas is continued, Gas is the villain of the recent arc of Dragon Ball Super.

A new look of Gas has been shown in this new chapter of the manga. Back in the Granolah the Survivor Saga arc, Gas used the Dragon Balls from Planet Ceriel to become the strongest, giving him the new form that let him overcome Goku, Granolah, and Vegeta.

And now that Gas has teleportation movement, he can teleport others. On the other side, Vegeta is being severely beaten by Gas, and at that moment, Goku powers up his Ultra Instinct and puts up a tough fight against Gas.

Meanwhile, Elec appears and urges Gas that he must win this fight, no matter what. After Elec hints that this will be the final battle of his goons. Gas is becoming stronger, but every time he gets stronger, he appears older. And here you can see clearly that Gas is being used by Elec to defeat Goku.

Granolah is the last Cerealian member. Frieza and the Saiyan army destroyed this group. Granohla thought of killing Goku and Vegeta to destroy their race.

But later eventually learned that Goku’s father, Bardock was the reason he is still alive. He also learned that the Heeters attacked them to use Dragon Balls to make Gas the Dragon Ball Super Strongest Villain.

Gas Is Overpowering The Saiyans!!

Gas has turned out to be a complete beast. With his new form, he is now the Dragon Ball Super strongest villain. Things are just getting out of hand for Vegeta and his mate Goku.

While Vegeta’s Ultra Ego is picking up the heat, Goku is waiting for his turn. So, will we get a power-packed performance of the duo? Stay tuned to get more updates.