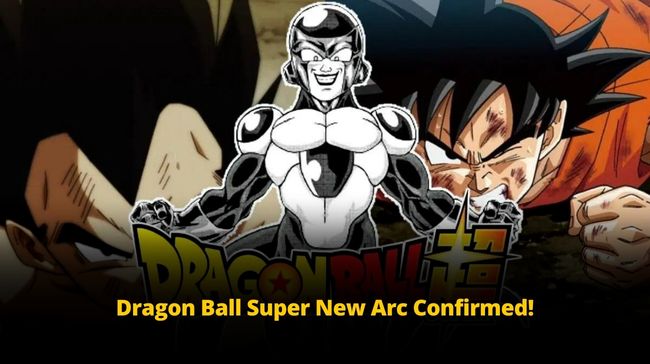 Dragon Ball Saga, as we all know, just released its new movie Dragon Ball Super: Super Hero and the excitement regarding it is already booming in the crowd.

The film was just released recently and has been in the eye of every single DBZ lover. Previously, Dragon Ball manga released its tv show Dragon Ball Super, which is connected to its new movie.

The show already created the hype for the film, and the expectations are already very high with it. Words are out that with this movie, Dragon Ball has finished its arc story. There is still no word about what DBZ directors will release in the future.

We all know that apart from the Dragon Ball Super: Super Hero, the story of the Granolah arc was also going on.

However, now it has ended, and there is no info on where the DBS Universe will go. Granolah arc, which was going on has entertained fans and also introduced some new forms of the superheroes, which very quite a few saws coming.

Still, fandom doesn’t have to get disappointed. The Dragon Ball team has released the news that Dragon Ball Super new arc is already in the works and will be removed as soon as it is completed. The update comes straight from the manga itself, so it can be said that the news is quite right.

As the manga ended with the Granolah arc, fans are pretty surprised whether DBS will release anything further or not.

However, the editorial staff of DBS Universe has made it clear that Dragon Ball Super will return with its new forms and will make a release as soon as it ends.

Although there is not a single clue about what will happen in the future, the news of the continuous DBS saga is enough for fans to get a ray of joy.

Some glimpse of the Dragon Ball Super: Super Hero Movie

In the final movie, we all know that Frieza transformed into his new form, Black Frieza, after excellent training.

He was so powerful that even Goku and Vegeta faced trouble stopping him.

Meanwhile, the dominance of the Red Army was ended, and along with it, Gohan also reached a new height in his fighting form.

All this proved to be a great pleasure for DBS fans as they have waited long for DBZ to release its movie.

So, fans, are you excited for the upcoming Dragon Ball Super new arc? Tell us in the comment box…