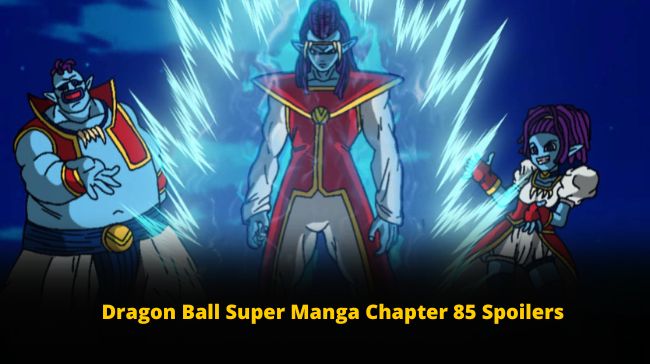 Things are getting more intense with the new chapter of Dragon Ball Super unwrapping its true colors. With shades of gray color from the franchise’s strongest villain, Gas, the light of our superheroes is getting suppressed. But, it’s not the end as the new chapter’s shocking cliffhanger reveals the deepest secret of Gas – his weakness. So, is this the end of the supervillain? Here are some latest Dragon Ball Super manga 85 spoilers.

The Granolah Arc Is Getting Heated Up!!!

Dragon Ball Super manga is still branching to new elements of thrill and action as the Granolah Arc continues. The storyline started with the Cerealian Granolah and now it’s all about the criminal organization titled Heeter. With the Saiyans currently facing the strongest Dragon Ball villain ever, the true potential of the Heeter is coming to the front pages.

However, with the Dragon Ball Super manga 85 spoilers coming out, it reveals a major drawback or weakest of Gas. But what is it? Will it help the Saiyans to overpower the villain? Here is all we know.

If you have been closely following the manga, we know you have easily got hands-on the weakness of Gas. The members of Heeters are using the same trick to power up that we saw the Cerelian monster, Granolah trying his hands.

In order to climb the ladder of power and become the strongest in the universe, he had to sacrifice all but three years of his complete life span. So, Gas is repeating the same.

So, with Goku trying a new variation of Ultra Instinct, he has unleashed his true potential. Son Goku has almost reached a form where he can close the chapter of Gas. With Elec, Gas’ fellow mate demands that he must sacrifice himself to defeat the Z-fighters, the new chapter gets pretty unpredictable.

Wrapping up things, as per the Dragon Ball Super manga 85 spoilers, the Heeters are gearing up to execute the plans weaved by Frieza. They are keen to take over the galaxy.

So, we hope now you know the biggest weakness of Gas, the supervillain. Though we don’t know how much time Gas has in his hands, before he dies, Elec revealed that he will definitely not have a second chance.

So, what do you think? Will Gas sacrifice his life to kill the Z-fighters or will the Saiyans get a way to overpower the villain? Tell us in the comment box. Follow us for more Dragon Ball Super manga 85 spoilers.