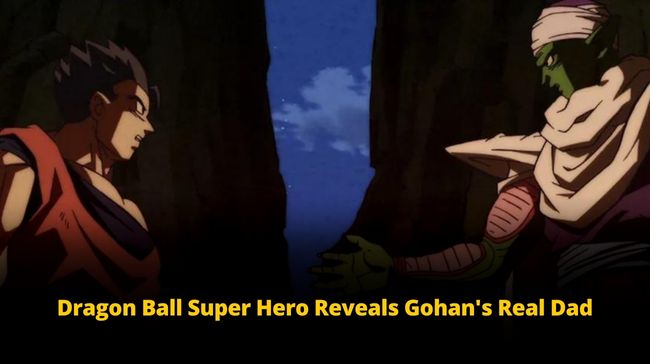 We hope you’re doing good and keeping safe. Are you enjoying this amazing weather? We are. Why don’t you just grab a cup of coffee and sip, looking at the weather while we bring you the latest Dragon Ball Super Hero leaks?

Let’s give you a glimpse of Dragon Ball Super: Super Hero!!

With 6.9/10 IMDB, anime fans are crazy about dragon ball. Dragon ball is something whose news no one can miss even if they’re having a rough time, have no time, or even the wifi gets disconnected. People would wait for the trending dragon ball news every second.

The film follows Piccolo and his former student Gohan on a mission to save the world from the newly reformed Red Ribbon Army. It was initially set for release in Japan in April 2022 but was released on June 11!

So here we bring you the Dragon ball Super Hero leaks

We feel Piccolo is pretty much Gohan’s dad through the good and bad times. The relationship between Gohan and Piccolo is more mature and nurturing than Gohan and his father. Soon this movie will be released in the US, and we are bringing the spoilers to you!

Yes, he recently said that in an interview. It’s not that Goku doesn’t love Gohan; he does love him deeply and madly, but somehow is busy saving the Universe. Who knew Goku didn’t have any family or a father figure?

He just didn’t know how a father should be or who he would be. Piccolo was said to be from a traditional tribal mentality, which shows how they were grouped together!

We were shocked to hear this response when asked, “Dragon ball super: superhero movie about parenting and fatherhood?

This theme would be there, highlighting a significant part of it. But do you think Goku is a good or bad father?

Did you know Gohan’s relationship with his daughter wouldn’t be that great because of his unbalanced priorities? Goku is a fantastic husband who is also trying to be an incredible father. We can’t wait to see how the movie’s story is going to lead ahead, which excited many people.

We are sure these Dragon Ball Super Hero leaks would have sparked excitement in you.

The movie will be released in western theaters on August 18th and 19th, 2022. Don’t forget to follow us! And comment below in the section about what you think about this upcoming movie.

Also, be hooked as we get any other news we first bring to our lively audience. Sayonara, peeps!