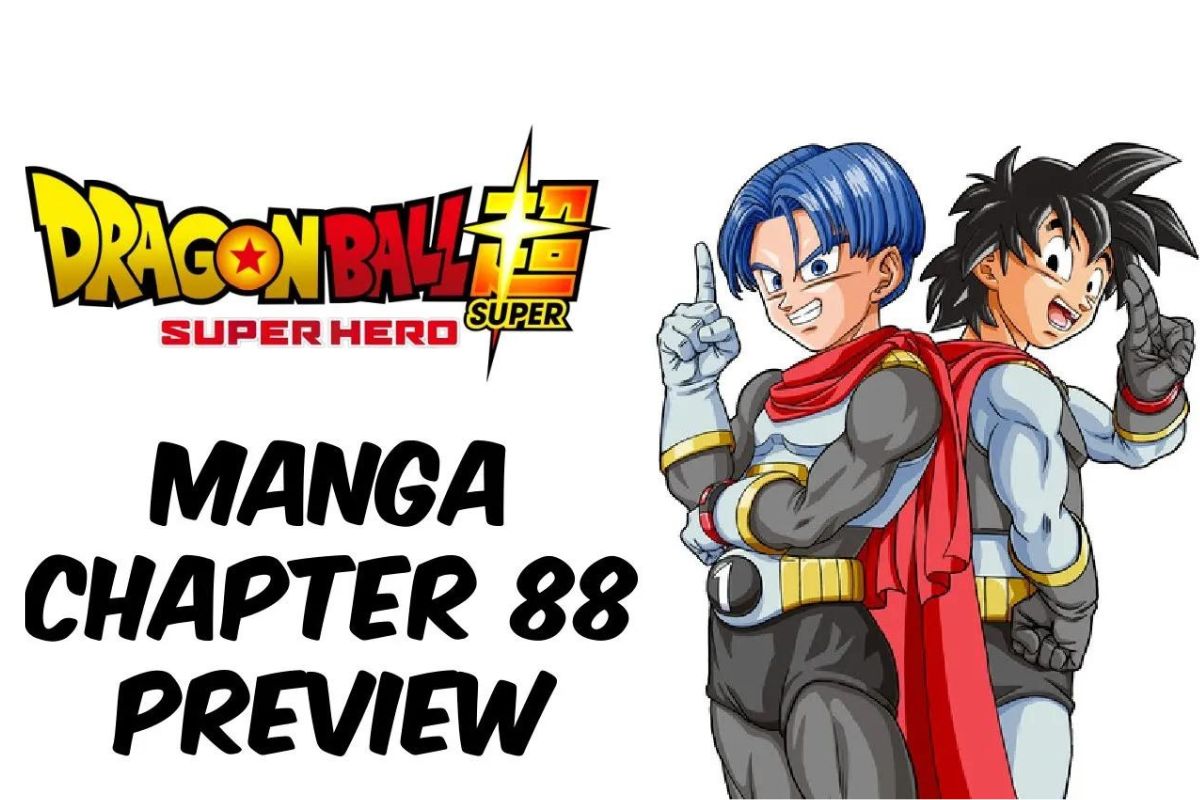 Dragon Ball Super Chapter 88 preview is out now. This chapter will debut a new plot arc that will directly lead into the events of the film Dragon Ball Super: Super Hero.

In the sneak peek published on Dragon Ball’s official website, Goten and Trunks are introduced as the story’s new heroes, assuming the mantle of superheroes in their new identities as Saiyaman X1 and X2, respectively.

This time, fans can peek at the start of a brand-new story arc by visiting the Dragon Ball official website.

The chapter #88 preview, swiftly and accurately translated by the ever-reliable @DBSChronicles, has some intriguing new information. Because Goten and Trunks hide their heroic endeavors from their families, they are forced to rely on an ex-enemy turned ally, Pilaf, for supplies, including cutting-edge technology.

Trunks remarks that the “period of superheroes is long gone” and that he wants they would battle against “great evil” rather than common criminals. This demonstrates that some time has passed since the Granolah Arc’s conclusion, which is the first significant time jump in the series.

There is peace now, so Goku and Vegeta are free to practice nonstop in Beerus’ world. This sneak glimpse increases the anticipation for the return of the well-known manga at the Dragon Ball Super Chapter 88 preview.

Before their ambition to face some genuine foes is fulfilled by the reappearance of the Red Ribbon army and the events depicted in Dragon Ball Super: Super Hero, fans can’t wait to see Goten and Trunks finally take the stage as the heroes Saiyaman X1 and X2.

According to the official Dragon Ball website, Goten and Trunks will be referred to as “Saiyaman X1 and Saiyaman X2.” Twitter outlet DBS Hype shared the most recent draft for the upcoming chapter, which gives us a fair idea of what Goku and Vegeta’s offspring are up to when the manga resumes. The most extensive Shonen series in the world, Dragon Ball Super, is expected to make some significant announcements at this year’s Jump Festa, which will start in a few days. Many Z-Fighter fans have been waiting for a report on the revival of the Dragon Ball Super anime series. At the same time, it is still being determined when the television program will return after its closure following the conclusion of the Tournament of Power.

The two main Z-Fighters are shown in the trailer, continuing their training after completing the Granolah The Survivor Arc, even though this new arc will center on the kids of Goku and Vegeta.

Frieza became the most unique and vital being in the universe after finding a hidden hyperbolic time chamber and training for the equivalent of ten years. This has given the Prince of all Saiyans and Kakarot a new motivation to strive for more extraordinary powers.