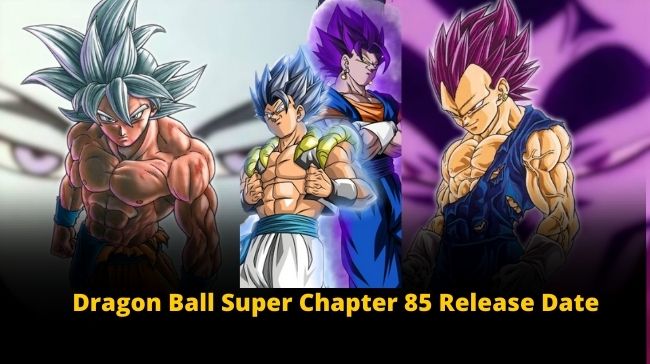 Dragon Ball Super Chapter 84 wrapped up with Vegeta slowly climbing the ladder of power absorbing more damage from his opponent. With the latest chapter closing, the results are still under scrutinization – Who will win? The Saiyans or Gas? This question has left the fans clamoring for more. So, what is the Dragon Ball Super Chapter 85 release date? Here are the fresh updates from the bucket of the creators.

Dragon Ball Super chapter 84 takes Goku to a flashback where we see his father, Bardock returning from Cereal in a really rough-up state. Meanwhile, Goku assembles the broken pieces of his memory to dive into his past, the period he spent on Planet Vegeta.

While Bardock was bleeding and his wounds were really deep, Goku’s mother quickly went to the rescue treating his injuries. Goku even recalls the moments when he last saw his parents together, bidding him a warm goodbye. Here we get one of the iconic moments of the chapter when Goku announces he now knows the meaning of Saiyan pride.

While Goku was trying to recollect the sweet and sour moments from his past, he could not do that for long, as Gas appeared almost instantly. Though Gas brought a bunch of super-scary abilities, he was surprised to witness the two most powerful Saiyans, Goku, and Vegeta fighting alongside.

As in the majority of times, we have seen how the Saiyans avoid teamwork when it comes to fights, this was surprising for both the villain and the readers.

Though Gas initially neglects the power of his foes and treats them like insects, gradually Goku and Vegeta begin to overpower the villain. While Vegeta throws his Destruction Ball, Gas easily deflects it to Goku. Meanwhile, the Prince of Saiyan delivers a blow on Gas’s face and smashes him to the ground. On the other hand, Goku easily deflects the Destruction Ball revealing that he is much stronger now.

The insane power of Vegeta’s punch blows the mind of Heeter, who is confused about how Vegeta is still standing after taking so much damage. Here the Prince of Saiyans reveals the shocking truth about his new form, Ultra Ego. He says damage and pain are the fuel that boosts his abilities. So, with the Saiyans unlocking so much power, will Gas stand out against them? What will happen in the upcoming chapter and what is the Dragon Ball Super chapter 85 release date? Here is all we know.

Hunting for some really incredible Dragon Ball Super chapter 85 spoilers and leaks? Well, you are at the right stop. So, without any further ado, let’s dig into it.

Unfortunately, as of now, there are no such leaks that point out what will exactly happen in the upcoming chapter. However, as we know, the fans are often excited and they keep showering their speculations online.

So, Sassyshows has collected some of the insane speculations or Dragon Ball Super chapter 85 spoilers that we believe may be true.

As the last chapter closes showcasing the supremacy of Vegeta’s new form, Ultra Ego, we believe the Saiyan will go on a rampage in the new chapter. He will keep on showering multiple blows on Gas, while the villain may also power up again.

Meanwhile, Goku will also not miss out on the fight. He will contribute the best he has to turn Gas down. Goku will jump into the fight and we will witness the explosive duo of Ultra Ego Vegeta and Ultra Instinct Goku again.

On the other hand, Gas’ crew will be tracking the fight from far, praying for their master to bring something out-of-the-box. It’s pretty clear that hand-to-hand combat will never be a solution for defeating such a fierce foe and we will soon see the Saiyans showering exclusive attacks on Gas. On the contrary, Gas can also come up with some incredible transformations to stretch the fight and overpower the Saiyans.

On the other hand, in the recent chapter, Granolah has been on the sidelines, but we hope he will make a stunning comeback grabbing the limelight. We believe Granolah will be the one to end all this mess and he will accomplish his revenge by killing Gas and Elec. Fingers crossed and let’s hope, Dragon Ball Super chapter 85 brings a grand treat to the readers’ table.

Curious to know the Dragon Ball Super chapter 85 release date? Here is all we know.

The new Dragon Ball Super chapter will be out on June 20, 2022, at 12:00 A.M. JST. The creators will drop the Japanese version two days prior, on June 18, while the English readers will have to wait till the 20th.

Make sure to come back to our website as we will be presenting some detailed Dragon Ball Super chapter 85 spoilers and leaks soon. Happy reading!!