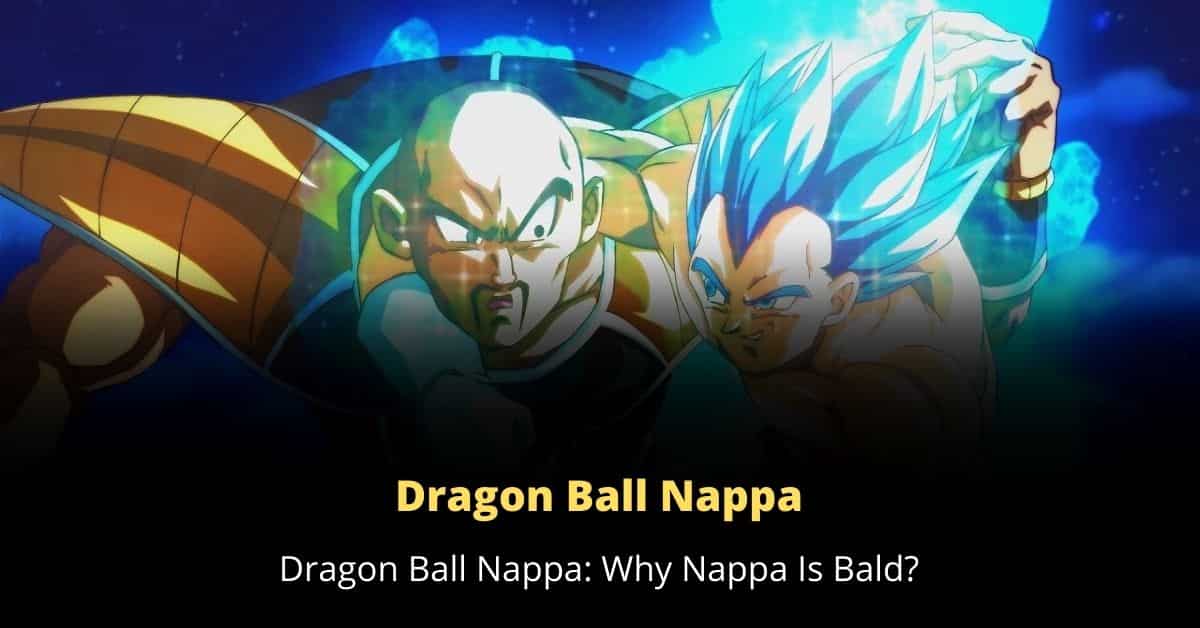 Dragon Ball Z’s Saiyans were famed for their long, flowing hair, especially after the concept of Super Saiyans was established. Dragon Ball Nappa, Vegeta’s former servant, was bald despite being a powerful and high-ranking Saiyan.

This contradicted popular perceptions of the Saiyan race, leading to speculation among Dragon Ball fans. Was it natural for him to lose his hair? Was he afflicted with a disease? Was it a symptom of immaturity? The truth about the hairless Saiyan warrior is revealed.

Dragon Ball Nappa – Why He Was Bald?

Although there are exceptions, notably in the case of half-breeds, members of Dragon Ball’s Saiyan race almost invariably have jet black hair. The numerous Super Saiyan transformations, of course, alter the color of a Saiyan’s hair, with the majority of these forms turning their locks blond. Saiyan hair is likewise spiky and wild, though this could be due to Akira Toriyama’s artistic flair.

A pure-blooded Saiyan’s hairdo will not naturally alter from its appearance from the day they are born, according to Vegeta. Born with a full head of hair appears to be a typical occurrence among Saiyan babies, as the main character Goku’s hair was 100 percent even as a newborn.

Many people have concluded that Dragon Ball Nappa’s lack of hair on top of his head was merely due to his age over the years. Despite this, he remains a conspicuous outlier among Saiyans, as almost every other male member of the breed has relatively healthy hair. Nappa “became bald,” according to Akira Toriyama, implying that he just lost his locks as a result of no longer being a spry young buck.

However, this contradicts a previous remark by the Dragon Ball franchise’s author, who claimed that Nappa shaved his head as a brave act of disobedience against societal standards. In the animated special Bardock – The Father of Goku, a more hirsute Nappa can be seen with a sort of mohawk. It could explain why the sides were already gone if he was becoming bald naturally.

So, we hope you got your answer on why Dragon Ball Nappa was bald in the series. Make sure to stay tuned for more updates.