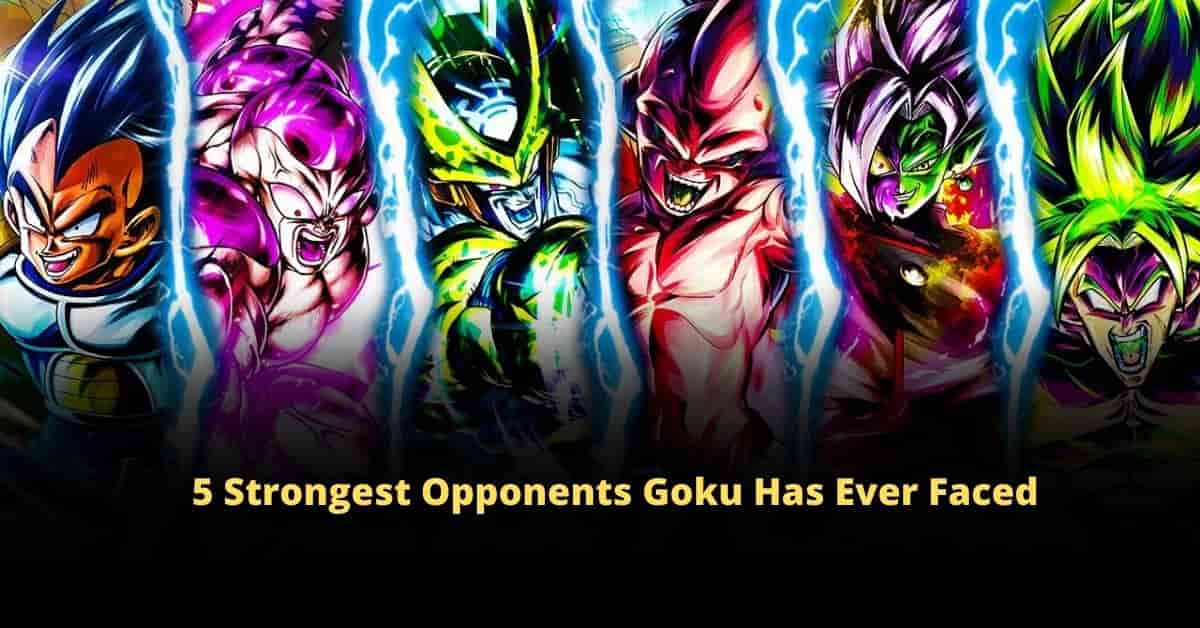 Do you know what makes Goku so powerful? Hands down! Goku is the main protagonist of the Dragon Ball franchise. However, one thing that has made the Saiyan so strong is his opponents. Goku has climbed the ladder of power combatting the toughest opponents in the Dragon Ball Universe.

The Dragon Ball world is loaded with worthy fighters. When it comes to power, there are a bunch of entities that are even superior to our superhero Goku. However, what makes Goku special is his ability to embrace his weakness and work on it.

Goku has always tried to face off against the most powerful beings who pushed the Saiyan to achieve new power levels. Over the course of several Dragon Ball series, Goku has fought with a bunch of supervillains. However, some of them left an evergreen impact on Saiyan’s life.

So, today, in this article, we have picked out the top 5 most powerful opponents Goku has ever faced –

There’s no doubt that Jiren will occupy the top place when it comes to power. He is the Universe 11 monster who has the potential to even beat the Gods. Jiren is the one who pushed Goku to unlock the full potential of his Ultra Instinct form.

However, even with such a powerful form, Goku needed the help of Frieza to drag Jiren out of the park. This is clear proof that Jiren is even stronger than Goku’s UI form. So, he is the strongest opponent Goku has ever faced.

It’s pretty clear that Beerus is one of the most powerful entities in the Dragon Ball Universe being a God of Destruction. However, the way he defeated Goku in his Super Saiyan 3 form is really shocking. Though Goku gave a good fight to Beerus in his Super Saiyan God form, he was still no match to the destroyer. So, Lord Beerus is also one of the toughest opponents Goku ever faced.

If you are a Dragon Ball anime fan, this name may be new for you. However, if you have read the Dragon Ball Super manga, you know who Granolah is. He is the sole survivor of the Cerealian planet, which was destroyed by the Saiyans under Frieza’s instruction.

Granolah is on a mission to eliminate all Saiyans from the Universe. When he lands in Universe 7, a certain glimpse of Granolah’s powers quoted him as the strongest fighter. Goku, even after intense training unleashing new potentials of his UI form, could not cope with the strength of Granolah. Gas is the main antagonist of the latest Dragon Ball Super manga arc. He is even stronger than the Cerealian Granolah, which makes him one of the strongest opponents Goku ever faced. Gas is a crucial part of the Heeter family and he is immensely powerful.

When it comes to the race of power, how can we keep Kid Buu aside? In the Dragon Ball Z series, we saw how this villain overpowered our heroes within a blink of an eye. Even at the end of the battle with Buu, Goku confesses how insanely strong the villain is.

Kid Buu with a bunch of powers and attacks in his arsenal is one of the strongest opponents Goku has ever faced.

So, with whom would you like to see a re-match of Goku in the future? Tell us in the comment box.