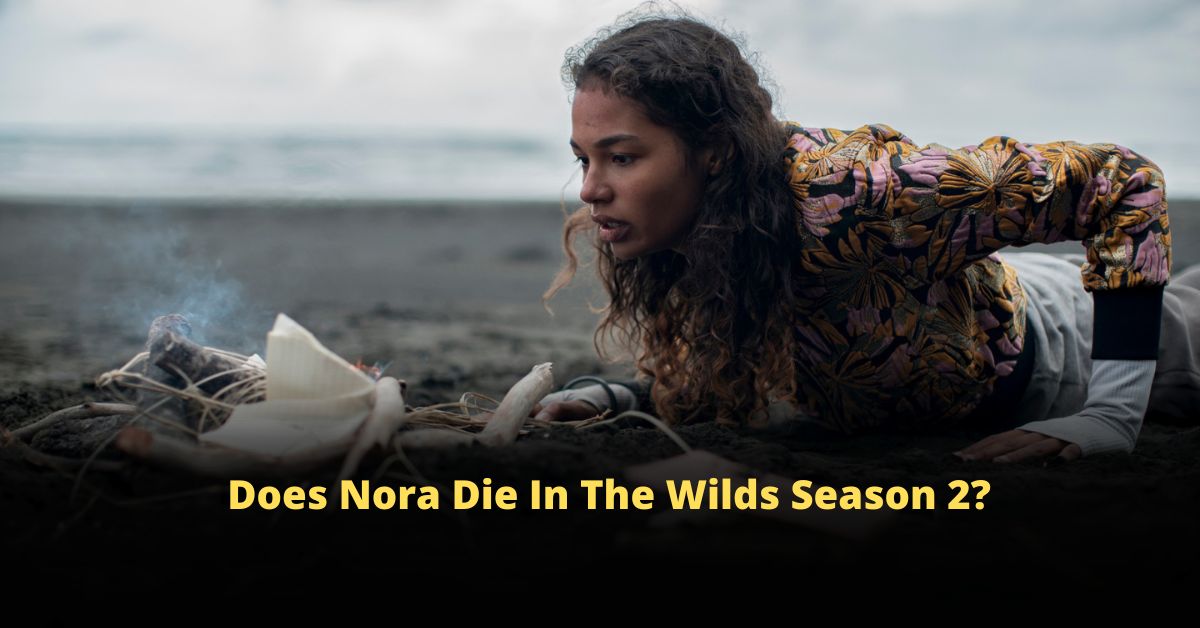 Does Nora die in the Wilds Season 2? This is one of the burning questions that fans are curious to know about. So, here is the real truth behind Nora’s disappearance.

Finally, the much-awaited season 2 of the Wilds is here. The first season left the fans with a lot of questions. One of those was whether every character survived the storm of deadly events. While Nora swam out to rescue her sister, she didn’t even come back. So, does Nora die in the Wilds Season 2? Here is everything we know so far.

Season 1 of the Wilds gave the story a dramatic touch with danger looming around the fan-favorite characters. While the climax was not so pleasant for both the fans and the characters, Nora’s disappearance in Season 2 was haunting the viewers.

So, what actually happened to Nora after the brutal shark attack injured her sister and she went back to rescue her? Does Nora die in the Wilds Season 2? Well, if this question is bothering you, Sassyshows has the answer.

What Happened To Nora In The Wilds Season 2?

Season 1 opens up revealing the identity of Nora as a secret agent recruited by Gretchen. She was appointed to act as an informant while the girls were stranded on the mysterious island. However, as the story proceeds, we see Leah disclosing Nora’s truth.

But, before she confronts Nora, the latter’s sister Racheal was brutally attacked by a deadly shark. Without wasting a single second, Nora jumps in to rescue her sister. However, Season 1 ends with a major cliffhanger without revealing the fate of the two girls. In the climax scene, we saw Rachel walking back to the coast. But what happened to Nora? Does Nora die in the Wilds Season 2? Here is all we know so far.

Does Nora Die In The Wilds Season 2?

The second season of The Wilds opened up with Nora missing from the scene. While the fans are clamoring to see their favorite character back, it seems the plot has different surprises for them. Though Rachael managed to escape the shark’s attack and reached back to the shore, Nora, who risked her life to save her sister, went missing.

So, does Nora die in the Wilds Season 2? Well, the answer is a big no. As the new season proceeds, it confirms that Nora is still alive as we find her spying on Rachel via hidden cameras.

In this scene, we also see Audrey accompanying Nora. So, Nora’s survival clearly indicates that she will play a big role in the series in the upcoming chapter.

So, what do you think will Nora help the girls or she will continue to work under Gretchen? Tell us in the comment box.