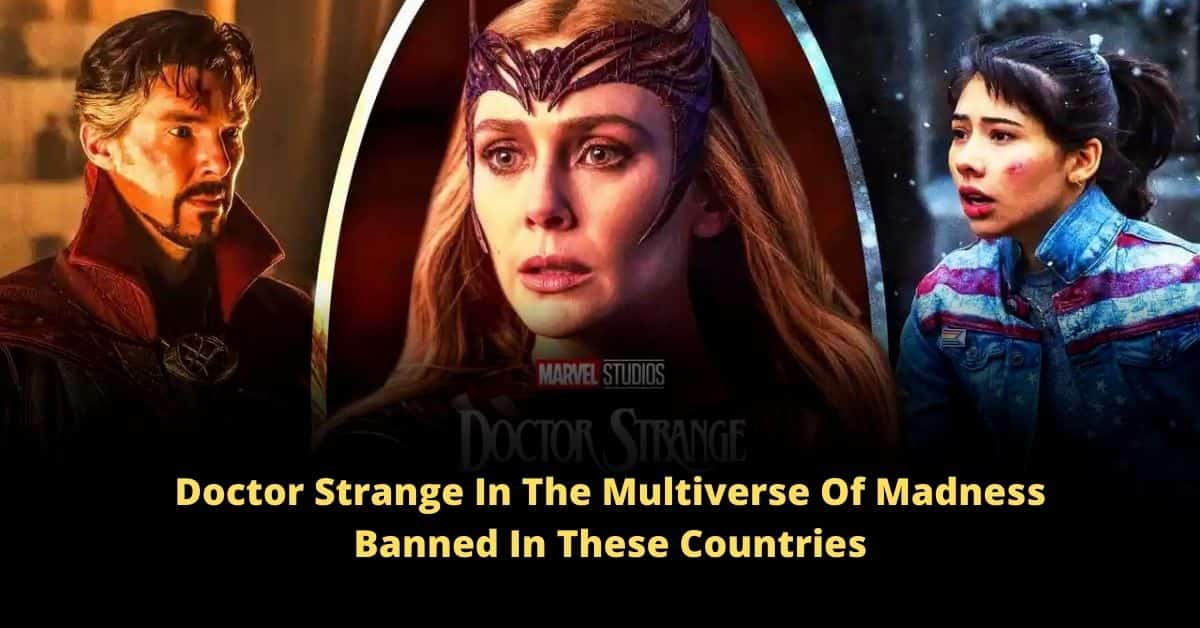 All Saudi Arabia fans waiting for the release of Doctor Strange in the Multiverse of Madness, we have a piece of bad news for you! Make sure to read the complete article to know more.

While the Marvel fans are waiting for the official release of Doctor Strange 2 worldwide, the Saudi Arabia fans may be disappointed to know that the new Marvel movie is banned in their country.

As per the latest updates, Doctor Strange in the Multiverse of Madness is banned in Saudi Arabia, due to the inclusion of a gay character, America Chavez in the movie. So, the new Marvel movie will not be released in Saudi Arabia.

Doctor Strange In The Multiverse Of Madness Banned In Saudi Arabia

Doctor Strange 2 is presently one of the most hyped Marvel ventures, that is scheduled for a release this May. While the fans have been craving to witness Benedict Cumberbatch back on screens as Doctor Strange, the Saudi Arabia fans recently got the ultimate shock of their lives.

Homosexuality is still one of the burning problems in many countries. Being illegal in the Gulf region, several movies including gay characters have suffered the blow of bans in many countries. While it is still not confirmed by the reviewers, the upcoming Marvel movie contains the character of America Chavez, who is lesbian in Marvel comics.

According to THR, Doctor Strange 2 has been potentially banned in Saudi Arabia and Kuwait for including a lesbian character, America Chavez in the movie. A bunch of other countries has imposed restrictions on the movie and the advanced tickets are not available online in countries like Qatar, Kuwait, and Saudi Arabia.

While the same happened with Disney+ Eternals movie, where the sexuality of a character, Phastos led the movie to a ban in several countries.

Though Disney did not edit or remove the scenes from the original movie, an edited version with all the intimate scenes removed was played in UAE. So, in the case of Doctor Strange in the Multiverse of Madness, the creators may follow the same way.

The fans are not happy with the decision and they are showering her views on the matter across all social media platforms. One fan commented, “Definitely sad that there are still places where ‘be gay, do crime’ is redundant.” Another fan said, “This is a damn shame!!”

So, what do you think about the matter? Tell us in the comment box.