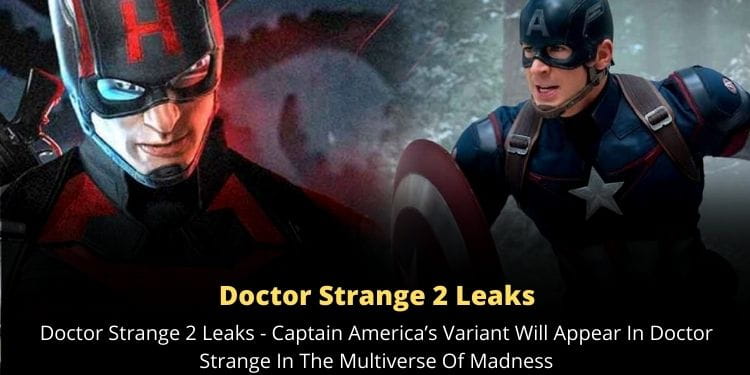 We are back with some nail-biting Doctor Strange 2 leaks. So, without any ado let’s jump into it.

However, with the official release date coming closer, social media is loading up tons of Doctor Strange 2 leaks. New leaks are popping out on the Marvel forum and other social media handles almost every day.

So, today Sassyshows has got its hands on some exclusive Doctor Strange 2 leaks, that will drive all fans crazy.

If you are a die-hard Marvel fan, you already know that an immense number of Marvel characters had joined the Doctor Strange 2 set to play cameo roles. Whether it’s Professor X or Ironman or Spiderman, there has been a lot of hype around these characters for a long time.

But, finally, the big Doctor Strange 2 leaks coming out is Captain America’s variant will be appearing in Doctor Strange in the Multiverse of Madness.

We have collected this news from a trustworthy source. This source also revealed that Tobey Maguire, Andrew Garfield, and Tom Holland will appear together in Spiderman: No Way Home. So, we can trust the source.

Captain America’s exit from MCU was a sudden shock for the fans. The Marvel lovers could not even digest the death of Ironman when Avengers Endgame stunned them with the exit of Captain America.

However, in MCU, now we have a new Captain America jumping into the shoes of the superhero. But, the fans will definitely miss Chris Evans.

But the big Doctor Strange 2 leaks coming out will definitely give you a reason to whistle out loudly as Captain America’s variant will be appearing in Doctor Strange 2. As of now, we don’t know who will be playing the role. Will it be Chris Evans for one last time? Share your views in the comment section.