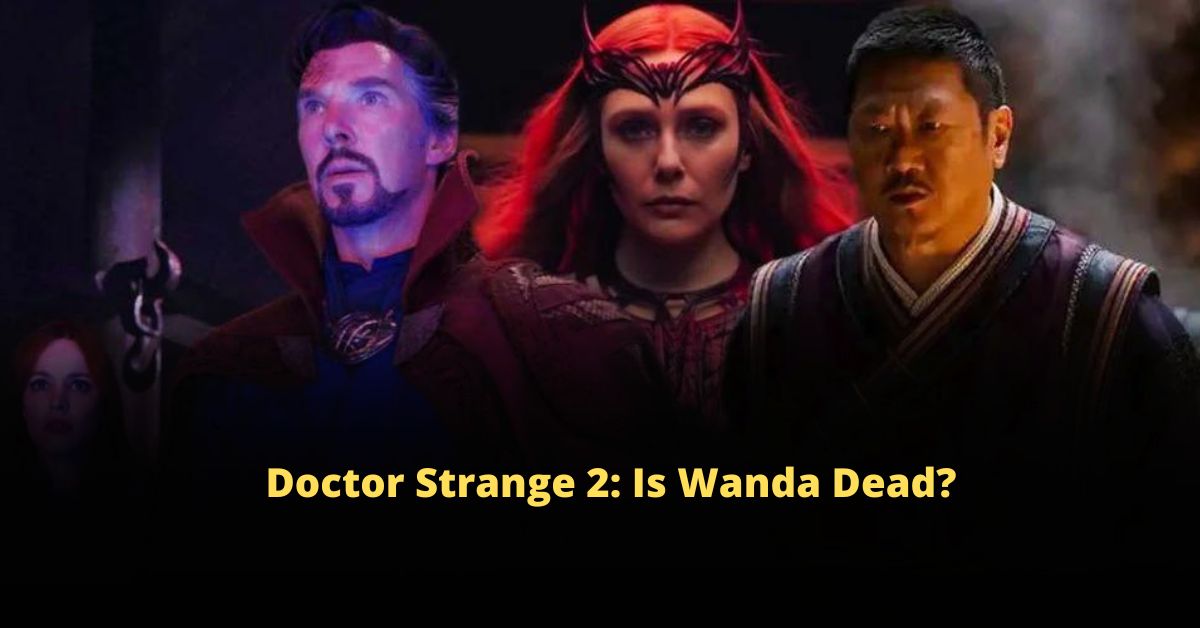 So, Marvel fans, ‘Are you happy?’ If you had the theatrical experience of Doctor Strange in the Multiverse of Madness, we know you are happy. However, there may be a bunch of questions looming around your mind. One of them being – Is Wanda dead? So, here is the Doctor Strange 2 ending explained.

Doctor Strange 2 delivered what the fans never ever expected from Marvel Studios. The film pushed the limits of PG13 to include wildness, action, emotion, darkness, and most importantly, madness. Under Sam Raimi’s direction, we witnessed the collision of two Marvel goliaths – Scarlet Witch and Doctor Stephen Strange.

However, with so much around, Doctor Strange 2 ending has left a burning question among the fans – Is Wanda dead? While the fans believe no one can kill Scarlet Witch, here is the real truth revealed.

Doctor Strange 2 Ending Explained – What Happened At The Climax?

Doctor Strange in the Multiverse of Madness did not even waste a second. Right from the start, it built hype and with every minute the trajectory of excitement grew substantially. While the complete movie revolves around Stephen’s attempts to guard Wanda against stealing the multiversal abilities of America Chavez, the movie delivered a lot more.

Doctor Strange 2 ending drove the chaos to the top of Wundagore Mountain. Here, after a lot of mess, with Wanda showcasing her ultimate abilities, Stephen finally finds a way to stop her. Using the Darkhold book, he manages to enter the MCU world and convince America Chavez that she is capable of controlling her abilities.

Meanwhile, after a short and sweet fight, America Chavez pushes Scarlet Witch to face the ultimate consequences of her intentions. While her kids in an alternate reality get afraid to see a ruthless Wanda, her alternate self puts Wanda on the right path. Wanda realizes her faults and decides to put everything in its place.

In the last 10 minutes of the movie, the fans get the ultimate shock when we see Wanda, vowing to diminish the Darkhold. She unleashes her magical powers to destroy the mountain where the Darkhold’s spell is engraved. The movie tries to convey that Wanda is dead in the process. But is this true? Is Wanda dead? Here is what we know so far. At this point in time, it’s unclear whether Wanda is dead or alive. Marvel has cunningly overshadowed the fate of the Scarlet Witch as the climax leaves no hints on whether the fan-favorite character is dead or alive.

However, we don’t think Marvel will not eliminate such a powerful character like Wanda Maximoff, all of a sudden. Moreover, beyond our speculations, there is something the movie hinted at.

At the end of Doctor Strange 2, some red chaos magic burst out all of the sudden. But the story never revealed what it was for. Maybe it was an indication that Wanda is still alive.

Moreover, considering the immense abilities of Scarlet Witch aka Wanda, she would have easily dodged death and successfully destroyed the Darkhold books in every universe.

Though everything hints that she is still alive, we need to wait for Marvel to confirm its future plans for the character. As of now, it’s a mystery.

So, what do you think is Wanda dead or alive? Tell your views in the comment section.

Read More – Doctor Strange 2 Disney Plus Release Date Is Out!!