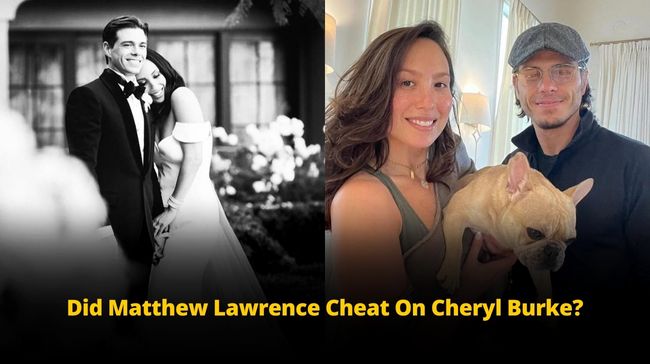 We missed you guys so much. How much we wanted to come to all of you. Weren’t you waiting for us, too? So what do you think? What do we see bringing to you today? Is it something about anime series? Or some latest series? Or? Ah, this time, it’s all about Matthew Lawrence!

Matthew William Lawrence is an American actor and singer known for his roles in Mrs. Doubtfire and Boy Meets World. Lawrence has also starred in the series Brotherly love with his oh-so-real-life brothers Joey and Andrew.

Oh, Ladies, do you have a crush on this hottie Matthew Lawrence?

He’s 42 years old, still liked and loved by many fans for his incredible acting and handsome looks.

His net worth is around $2 Million, and we love this actor for his roles in the fantastic movies done by him—do you agree with us? His spouse is Cheryl Burke.

He started acting in the mid of ’80s. His first role was as Danny Carrington in Dynasty. Did you know he has studied working in the HB studio and his singing debut was in 1986?

In 2011, Lawrence guest starred in his brother’s sitcom, ABC Families and Mellissa and Joey!

Matthew Lawrence also competes in the twenty-fourth Season of Worst Cooks in America. He was previously engaged to Heidi from 2004 to 2006.

He then began dating Cheryl, who’s a professional dancer. He married Burke in San Diego, California, and it was also heard that post covid, they filed for a divorce, too!

WTF? Does Cheryl Burke think her husband Matthew Lawrence cheated on her?

She recently posted a bombshell tik-tok video that made the fans think she was being cheated by none other than Matthew Lawrence.

She shared that a  necklace and viagra were hidden in a pair of shoes. What’s this? Isn’t it ridiculous? She looks like she’s done and fed up, like literally in the video she posted!

She indirectly said that Matthew Lawrence was an unfaithful person

Who knows if this news is correct or not? But yes, she took it to social media. She had filed for divorce in February itself! We are unfortunate to think that Matthew Lawrence would have done this. Isn’t it so hard to believe this?

Still, people felt the post wasn’t specific. Agreed? Who knows what would have happened? Maybe this is just one side of the story?

Do you believe Matthew Lawrence could do this? Comment below on what you think about him! Stay tuned; we will be back soon with such trending news. Don’t forget to follow us, and yes, we love you guys! Sayonara!