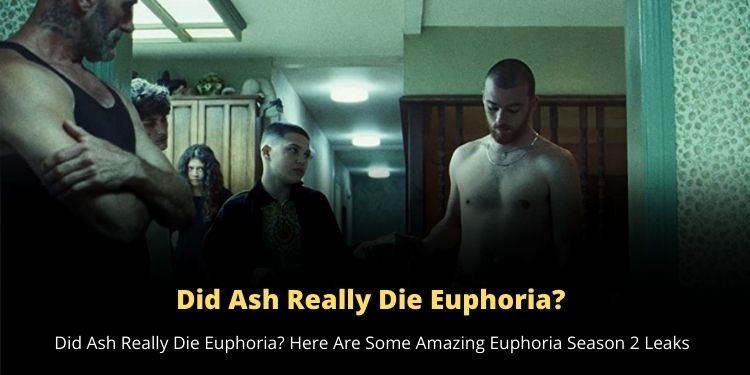 Did Ash really die euphoria? Or does the series have something to unveil? Here is everything we know so far.

The story of Ashtray took new turns as we stepped into Euphoria Season 2 finale. However, the last episode has a bunch of tragic events to unfold and surprise the fans.

With Euphoria winning the hearts of the global audience, some characters managed to leave a mark with their acting excellence. Ash is one of them. As the story began, we were introduced to Ash, a teen who murdered Mouse, the drug dealer Fez owed funds to.

The plot revealed that Ash killed him with multiple hammer strikes. However, at last, police got their hands on Mouse’s body and all evidence pointed towards Ash and Fez. While the fans were hoping that Ash will step into the trap of laws, the story has different plans.

So, did Ash really die euphoria? Or is the series hiding something? Here is all you need to know.

If you are a fan of Ash, it would be heartbreaking to know that it seems your favorite character is dead.

We know Ash murdered Mouse and with the police unwrapping the evidence, things are getting worse. On top of that, Custer, Faye’s boyfriend, is now the police informant. So, he joined hands with the police to help them arrest Fez and Ash.

When Ash and Fez got the news that Custer turned on the police’s side, Ash stabbed him with a knife and Fez silenced his screams. However, before this Custer shouted out, “Ash, don’t!”

The situation turned worse as police arrived and it became a complete mess. With the police storming gun strikes and Ash countering, Fez got a bullet in his stomach.

While in the end, when Ash tries to escape, we find a red laser light charging on his head. Within a fraction of seconds, a gunshot was heard and suddenly a body fell on the ground. However, the episode has not actually featured Ash’s death.

So, what do you think did Ash really die euphoria? Share your views in the comment box.