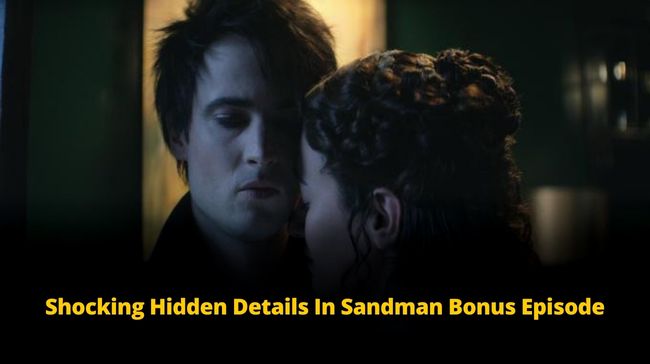 There are two sections of the new installment, animated and live-action, and they tell us the two beloved stories from the Sandman’s official comics by Neil Gaiman.

Why the title Sandman?

The episode title is from the Sandman comic; the title was Dream Country. It was mentioned previously that the episode would be divided into two stories: An animated story, A Dream of a Thousand Cats, and Calliope.

What is making the First half very special? Is it an artistic adaptation?

The second half of the episode is about Calliope, which stars Melissanthi Mahut in the leading role, and Nina Wadia, Arthur Darvil, and Derek Jacobi.

Some of the Viewers may have recognized some of these familiar actors from the other adaption of Gaiman’s work, as many people from the cast are previously featured in the audiobook of the adaption of The Sandman.

The Eleventh episode of Sandman is based on two stories, and they are not directly connected to the series; they were in the comics, most likely.

Of course, we will not be spoiling the plot-lines for you; we hope that the new fans of this series that this bonus episode does not take all the remaining source content and there is very much more left to explore for you guys and The Sandman be renewed for a second chance.

Did you notice the familiar faces and voices?

Yes, in the Sandman Bonus episode, the cast is super impressive.

Did you even know Gaiman from the voice casts as the skeletal crow? Omg, let’s say the author has done a marvelous job!

Yes, even Cat’s dreams show he has no proper form As Morpheus made a small appearance in “Dream of a thousand cats,” although he was the main one in Sandman. Yes, Morpheus is shown as the Cat of dreams rather than the king of dreams.

Dreams Many names, though

Morpheus has a wide variety of names in the Sandman, and “Dreams of a thousand cats” adds more names to the list. Also, the relationship between Dreams and Calliope looks subtle, as stated by the author, but nothing is officially told about this! Yes, this statement is used a lot of times in the Sandman bonus episode. Yes, it might have multiple meanings to it. Oh yes, Sandman is indeed a power of stories!

And we loved when Gaiman said, “You don’t write Comics, you write graphic novels!”

We hope you loved the above details of the Sandman bonus episode; stay tuned, and we’ll be back soon! Sayonara, guys!