Demon Slayer fights are really awesome. We have listed the top 5 fights that will blow your mind.

When it comes to jaw-dropping action, one anime that hit the minds of the fans is Demon Slayer. It’s one of the epic anime shows that comprises a wide array of insane characters.

The series is best known for its insane fights that won the attention of the fan both for manga and anime audiences. Most of the battles contain super-entertaining as well as unique pieces that take the audience on a roller coaster ride of fun and thrill.

So, Sassyshows has gathered the top 5 fights in Demon Slayer that will drive you crazy. So, with any further ado let’s get into it –

The epic fight between Tengen & Company Vs. Daki & Gyutaro delivered edge-dropping entertainment to the fans in installments. The battle initially started with Tanjirao, Inosuke, and Zenitsu gearing up against Daki. However, the tables were turned when they realized Daki’s brother Gyutaro is also stepping into the scene.

The second thrilling battle in our list is between Shinobu, Kanao, Inosuke & Douma. Though initially, the battle appeared to be on Douma’s side, ultimately Kanao and Inosuke joined hands to overpower him.

Mitsuri & Obanai Vs. Nakime is one of the epic Demon Slayer battles that took place in the Infinity Castle between Love Hashira Mitsuri Kanroji and Hashira Obanai Iguro struggling against the Upper-Rank Four Nakime.

At the climax of the battle, Yushiro steps in to aid the two Hashira.

This is one of the most spectacular battles of the Mugen Train arc. Tanjirao, the show’s protagonist, along with Enmu, fights with an entire train of demons. At the climax, it took the two Demon Slayers to infuse their abilities to counter the deadly attacks of Enmu. 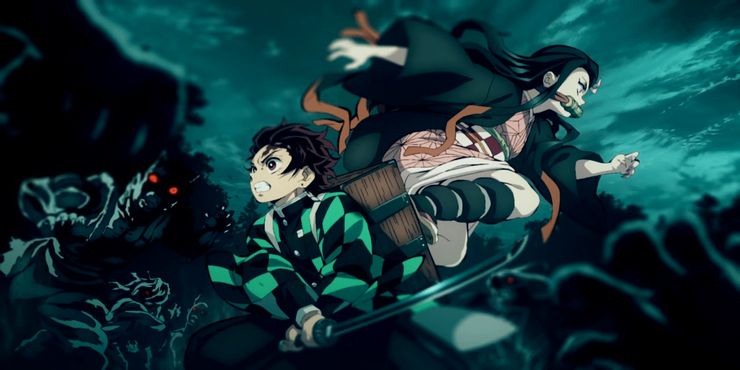 Demon Slayer vs. Muzan is the most epic battle in the entire anime. The intensity of the anime brings it to the top of our list. The battle between Demon Slayer and Muzan Kibutsuj took place in the Demon Slayer Corps Headquarters and the Infinity Castle.