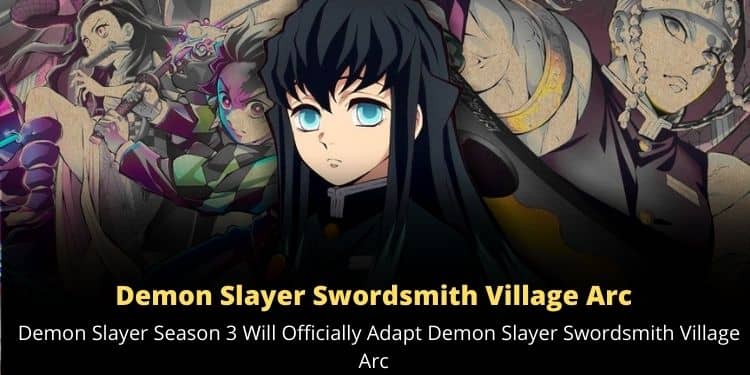 Season 2 of Demon Slayer has come to a conclusion, bringing the most dramatic arc in the story to a close with its final episode. It’s no surprise that there will be a third season of Demon Slayer following the release of Mugen Train in 2020, given the series’ huge success over the years.

This is good news for fans of the game since Studio Ufotable has indicated that they are already working on Demon Slayer Swordsmith Village Arc.

If you’ve read the Koyoharu Gotouge, original manga then you already know what happens next and why Tanjiro Kamado chooses to travel to the Swordsmith Village. In any case, the teaser trailer for Season 3 of our favorite demon slayers at least gives you a sense of who will be the center of attention.

In Demon Slayer Swordsmith Village Arc Hashira is shrouded in mist. The teaser reveals that Muichiro Tokito, the Mist Hashira Muichiro Tokito, is the youngest Hashira. Next arcs are likely to feature a single Hashira before the spotlight is passed on to the next in line if the current pattern holds. Former shinobi and Sound Hashira Tengen Uzui was the center of attention in the Mugen Train Arc, while Kyojuro Rengoku was the focus of the Entertainment District Arc.

It was unclear if the Swordsmith Village Arc is supposed to get the same treatment as the Entertainment District Arc, considering that Mugen Train was released as one of the highest-grossing films of 2020. However, it seems that this is really the case.

There Are No Exceptions To This Rule

In Demon Slayer Swordsmith Village Arc when we left our main attack force, Inosuke, Tanjiro, and Zenitsu, they had beheaded and defeated the Upper Six siblings Gyutaro and Daki, marking the first time since Rengoku’s destruction of the Upper Three Akaza that we had managed to behead and then defeat the Upper Six sibling pair! Now it needs to be seen what awaits in the next chapters.