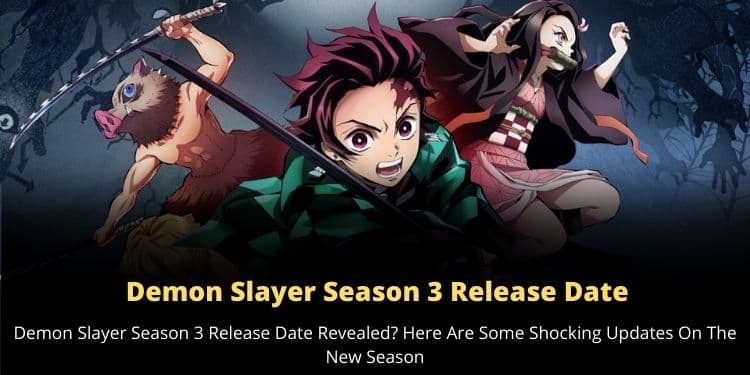 Demon Slayer’s creators have finally ordered one more season of the show. So, what is the Demon Slayer Season 3 release date? Here is everything you need to know.

Demon Slayer: Kimetsu no Yaiba has given the anime fans several reasons to experience deep pain, yell out in excitement and laugh out loudly. For the past few months, the fans have gone through a roller coaster ride with every episode dropping on their screens.

Demon Slayer Season 2 has been one of the most hyped anime shows and it delivered more than the fans expected. So, with the second chapter setting a high benchmark, the fans were craving to witness more.

Though the creators have not yet unveiled much on the plot, if you are a true Demon Slayer fan who has keen knowledge about the manga, you will know many details about the upcoming season.

Demona Slayer Season 3 will mark the beginning of the ninth arc and it will be adapting the Swordsmith Village chapter. The story reveals Tanjiro’s journey as he heads out to get his powerful sword fixed.

Tanjirao reaches out to the Swordsmith Village where he finds that his usual contact is missing and while investigating for the truth, he gets his hands on two new hashira.

Make sure to stay connected as we will be sharing hot updates on Demon Slayer Season 3 soon on our website.