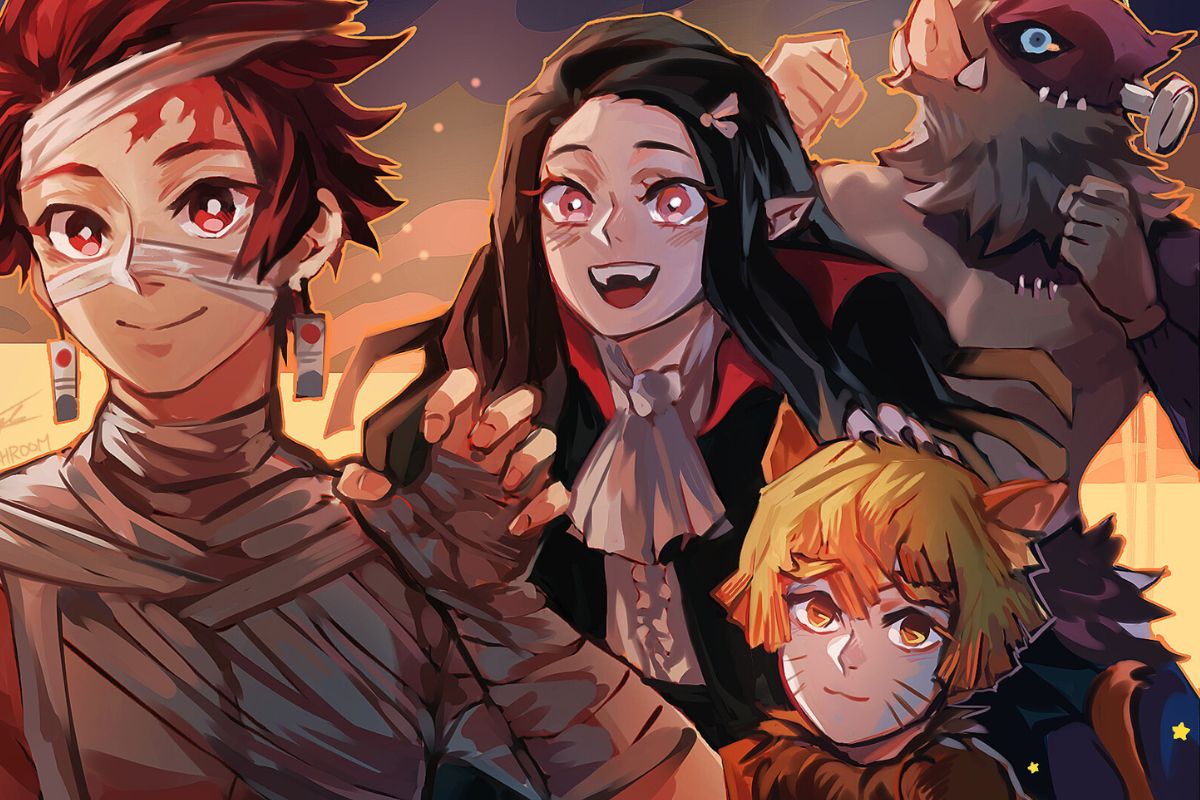 Popular shonen anime series Demon Slayer follows Tanjiro on his quest to save his younger sister from becoming a demon. He encounters a variety of individuals along the route, including helpful fellow travelers, the all-powerful Hashira, and evil demons. Naturally, fans have a wide selection of Halloween costumes to pick from.

So, we are here with the top 5 Demon Slayer Halloween costumes you must try…

One of the nicest characters in Demon Slayer, Tanjiro, is a terrific choice for a Halloween costume. His haori, which has a green and black check pattern, is the most identifiable item of apparel he wears. He is also wearing the typical black Demon Slayer Corps uniform below.

Fans have two options: buy the haori separately, wear a black shirt and pants underneath, or get the pair from websites like miccostumes.com.

Fans will also wish to imitate Tanjiro’s forehead scar and, if possible, wear his hanafuda earrings.

A white belt, tabi socks, a pair of zori, white cloth strips wrapped around his calves, and his enormous wooden box are other accouterments that Tanjiro wears. Still, they aren’t necessary for a distinctive appearance.

Obanai, the Serpent Hashira, may not be well known to anime viewers, but he still has a straightforward Halloween outfit to put together. He stands out immediately because of his distinct black and white vertical pinstripe haori.

Under that, Obanai is dressed in the normal Demon Slayer Corps outfit, and his legs are bound with bandages. He also has irregular black hair and additional bandages covering his mouth and wrapping around his face.

Don’t forget to include Kaburamaru, his white snake, which fans can easily add by utilizing a plush toy.

Bright Patterns by Zenitsu Are Easy

Tanjiro’s noisy, eccentric pal Zenitsu has a simple outfit to put together. Fans may readily get his white triangle-adorned yellow and orange haori online, which is his most distinctive appearance. Additionally, he dons a Demon Slayer Corps outfit that is a little lighter in color. However, black will also give him a distinctive appearance.

Inosuke-themed costumes would be enjoyable

Inosuke does not dress in the full official Demon Slayer Corps outfit, unlike most other characters. He does choose to forgo wearing a shirt. However, he wears slacks trimmed with an animal fur belt.

If a fan doesn’t want to go shirtless, they can easily recreate this appearance with a shirt in a nude color or make one out of animal fur to match his style.

When it comes to the best Demon Slayer Halloween costumes, how can we keep Rengoku aside?

Every fan of the Demon Slayer knows Rengoku as the beloved Flame Hashira, with her vivid yellow hair and crimson streaks. He also sports a haori with red flame-like edges and a white and yellow gradient pattern. He is covered by a crimson kyahan with yellow flames, with the normal Demon Slayer Corps clothing underneath.

Fans can even use the Nichirin Katana from Rengoku. If you want to take things a step further, you may apply special flame effects that make it appear like he is wielding a sword.