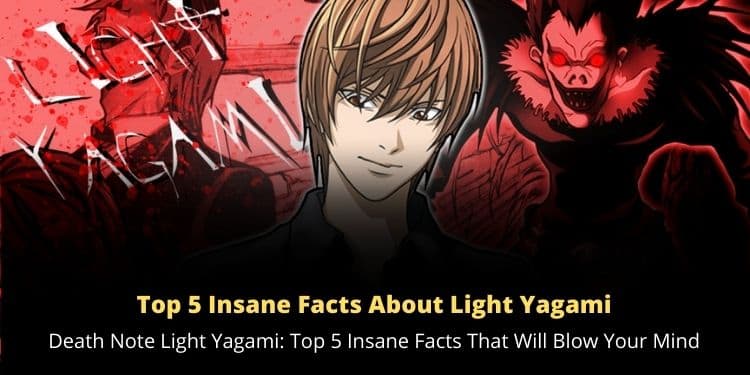 Light Yagami is one of the super-popular anime characters that carry a perfect blend of hottest and killer looks. He is the face of Death Note anime, whom the fans love to see.

While Light Yagami has a huge fanbase, the fans are often excited to dive deeper into the character and know more about him. So, today Sassyshows is here to reveal some interesting facts on the super popular death note character, Light Yagami.

Death Note is one of the flagship manga that revolves around Light, a youngster who gets his hands on a mysterious notebook, which possesses the potential to kill anybody. So, if you are a Death Note fan, who wants to know more about the lead character, swipe down –

Light Never Ever Fell In Love

Love and romance are the most attractive elements of anime and manga. However, when it comes to the lead character of Death Note, he never fell for anyone. While Misa Amane has a romantic angle with Light, she was actually a weapon for the latter.

Light was an incredibly intelligent student who could have explored a world of opportunities. However, Ohba revealed that getting hands on the Death Note simply tore his life apart and he destroyed his own life.

Light’s death was pretty heartbreaking for the fans. He died back on January 28, 2010. Later Ryuk revealed that Light’s name was engraved within the Death Note.

Light Did Not Go To Hell Or Heaven

After his death, Light did land upon hell or heaven. Though the story did not reveal what happened to him beyond death. As per a fan theory, Light ended up in the Shinigami Realm.

Light Was Present In The Full Metal Panic

Light Yagami also appeared in the Full Metal Panic! The Second Raid. Tons of characters from Death Note were featured in the sixth episode, “Edge of Heaven.”

Also Read – When Is Chainsaw Anime Coming Out?