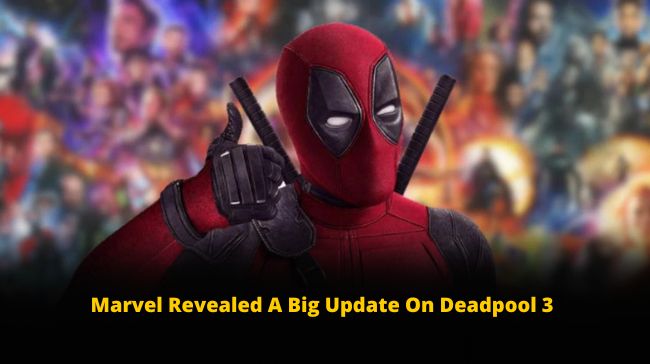 Marvel writers revealed the first information about the plot of Deadpool 3 and how it relates to the Marvel Cinematic Universe. Here is all we know about Deadpool 3, so far.

After Disney acquired the 20th century, Marvel Studios decided to carry on the Deadpool franchise due to the success of Ryan Reynolds’ Wade Wilson.

Deadpool 3 Is Entering the MCU!!

The announcement of Deadpool 3 as an R-rated film in which the Merc with a Mouth will join the MCU did not take long. The decision was made after Deadpool was a part of the X-Men franchise’s hazy timeline for the first two movies.

Since Marvel revealed that Shawn Levy, the director of The Adam Project, would be helming Deadpool 3, work on the film has recently picked up steam. Levy and Reynolds have worked together three times because they have a good working relationship. Along with his hiring, it was revealed that Paul Wernick and Rhett Reese would write the script again after doing so for the previous two movies.

Fans are unsure how Deadpool will fit into the Marvel Cinematic Universe because Marvel Studios has not confirmed any additional information about the film.

In an interview with Post Cred Pod, Paul Wernick and Rhett Reese discussed their writing for the Netflix film Spiderhead and upcoming projects like Deadpool 3.

When the podcast asked the authors for details about the threequel, they teased some plot points but could not reveal much about the course Wade Wilson’s story is taking. Reese characterized the MCU narrative of Deadpool 3 as a “fish-out-of-water” adventure centered on a lunatic.

Wade Wilson will be introduced to the main MCU timeline in Deadpool 3, according to the “fish out of water” story tease.The writers’ description of Deadpool as a lunatic is accurate, and his tone and personality are unquestionably different from what Marvel has done in the past. It appears that the contrast between Deadpool and the MCU will be the main theme of the third Deadpool movie.

Switching universes gives Deadpool more opportunities to make jokes because he can break the fourth wall. Later in the interview, the authors even joked about how the film and Wade Wilson handled this transition after this Deadpool 3 MCU story.

According to Reynolds, some of the Deadpool franchise’s characters may make a comeback. Deadpool’s ability to cross-pollinate with characters who ordinarily wouldn’t be on the table is part of the fun of him joining the MCU.

Hugh Jackman’s Wolverine is still desired by fans, but the third Deadpool movie may feature other superheroes such as Paul Rudd’s Ant-Man, Chris Hemsworth’s Thor, and more. The authors are enthusiastic about how the plot is developing so far.

So, fans, are you excited about Deadpool 3? Tell us in the comment box…