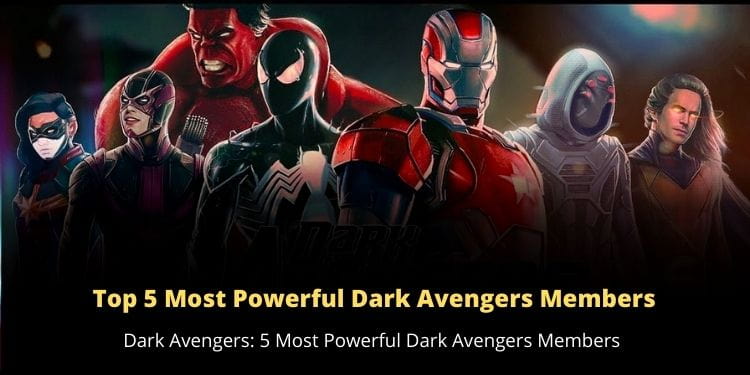 MCU has mostly emphasized the superheroes like Ironman, Captain America, and more. However, down the corners of the Marvel comics, there are some Dark Avengers members. So, who are these Dark Avengers? Here is everything we know.

Who Are The Dark Avengers?

The Dark Avengers is a group formed by Norman Osborn. Norman created this team after becoming a public hero. He grabbed the limelight after he was discovered encountering the Skrull Queen during Secret Invasion.

Moreover, with Ironman out of the scene, Norman Osborn took the leadership of the S.H.I.E.L.D. Norman stepped into the shoes of the leader and named the group H.A.M.M.E.R.

Also Read – Who Is The Grand Inquisitor In Obi-Wan Kenobi?

Superia, one of the popular Captain America antagonists is at number five on our list. She is one of the most powerful dark avengers members who took over the leadership of H.A.M.M.E.R. after Norman was arrested at the climax of “Siege.”

Moonstone is one of the most powerful members of the Dark Avengers who got all her powers by coming in contact with Kree technology. She joined H.A.M.M.E.R. after Carol Danvers rejected Osborn’s offer to join the group.

Ares is the Olympic God of War. He is popular as a major antagonist of the Thor franchise and he walked into Norman’s team during the “Dark Reign.”

If you are a Marvel fan, you would definitely know about the dark version of Thor. He is a villainous clone of Thor who joined Norman’s team as a Dark Avenger.

Sentry is the most powerful member of Dark Avengers. He is often referred to as the Superman of Marvel Comics. He has omega-level powers and Norman manipulated him to join the Dark Avengers.

So, among all the Dark Avengers members which one is your favorite? Let us know in the comment section.

Also Read – Ironman Vs Batman – Who Will Win?