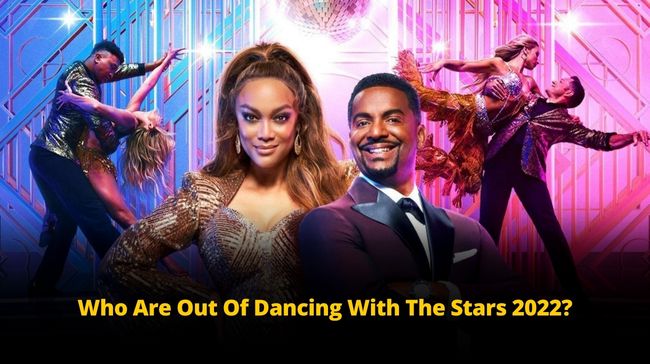 How have you been? Hope you’re doing good and keeping safe. Did you like our last trending update, which we brought for you?

Ah, how about we tell you, we again have something sizzling for you today, but it’s about Dancing with the Stars 2022!

What’s Dancing with the Stars all about?

It’s an American dance competition television series, Strictly coming Dancing, and one of several iterations of the Dancing with the Stars franchise.

This show pairs celebrities with oh-so-professional dancers. Each couple performs predetermined dances and competes against the others for the judges’ results, that’s, points, and the audience votes, too.

The couples who got the most insufficient numbers and even the audience’s votes get eliminated each week until only the champion dance pair remains!

Is there Dancing With The Stars 2022?

The thirty-first season of Dancing with the stars premiered on Disney+ on 19th September, 2022.

This also marks the first live competition show on the streaming platform. It was lovely to see Tyra Banks returning as Host, with the oh-so former champion Alfonso Ribeiro joining as the co-host, and it was incredibly amazing to witness them!

The celebrities participated in Dancing With The Stars 2022!

What happened in the recent episode of Dancing With The Stars 2022?

The opening was with such a dash of energy and vibe. Let’s see what happens with all the participants that night.

Jason Lewis and Peta Murgatroyd scored 18/40, and they performed cha-cha.

Vinny and Koko were okayish, too. Jesse and Alan’s performance level was lovely, though.

On the other hand, The former Real Housewives star said she’s doing DWTS 2022 because she wants viewers to see the real her and not the one who went to prison for fraud: their score was 20/30!

What about the rest of the participants in Dancing With The Stars 2022?

Joseph and Daniella, Wayne and Witney, Shangela and Gleb, and a few other participants also won the hearts of the judges and the audiences!

The judges were amazed by the bravery of Selma and Sasha! They were also told that they created magic—isn’t that amazing?

The last bottom two were Lewis/Murgatroyd and Giudice/Pashkov. Ever thought, who the judges saved last? They kept Guidice and Lewis headed back home! Ah, we are sad, but looking forward to the next night, which is going to be Elvis!

You can thank us later for bringing all the updates of Dancing with the Stars 2022 to all of you.

Stay tuned, and don’t forget to follow us! We’ll be back! We love you guys!! Goodbye!

Read More – We Bet You Missed These Shocking Details In GTA 6 Leak!!