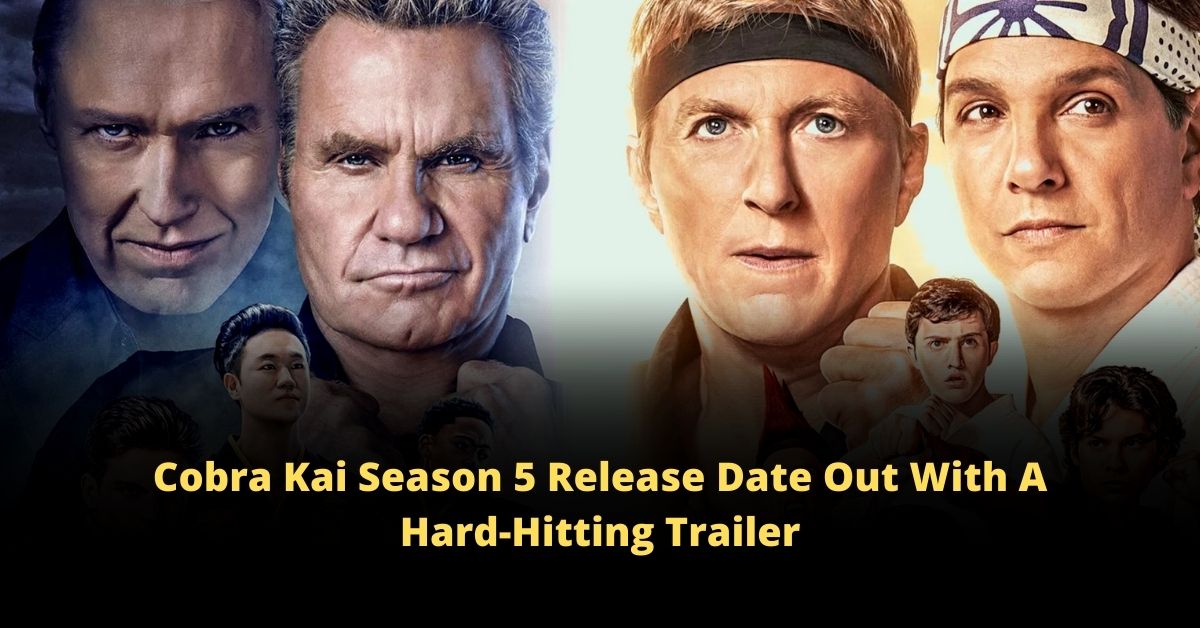 Netflix has finally revealed Cobra Kai Season 5 release date with the official trailer. The hit action programme will premiere on Netflix this September.

According to the summary, “Following the surprising results of the All Valley Tournament, Terry Silver is growing the Cobra Kai empire and attempting to make his ‘No Mercy’ brand of karate the only game in town.” “With Kreese in jail and Johnny Lawrence putting karate on hold to focus on fixing the harm he’s done, Daniel LaRusso must turn to an old acquaintance for assistance.”

Curious to know Cobra Kai Season 5 release date and other details? Here is all we know.

Cobra Kai Season 5 release date is revealed as September 9th. This is early than the show’s regular December-January release timeframe. The entire season is planned to be released at once.

It comes after the 51st All Valley Karate Championship. Miyagi-Do and Eagle Fang came close in disputed circumstances after Tory and Cobra Kai’s controversial final victory.

Terry Silver’s aspirations to franchise the dojo across the Valley are teased in the teaser. Daniel LaRusso is fighting back and has enlisted the support of his former enemy Chozen to bring the battle back to Silver.

However, Cobra Kai season 5 isn’t only about karate pranks in Los Angeles. At the end of the fourth season, Johnny is seen driving down south with his son, Robby, searching for Miguel, who ran away from home to locate his father.

The trailer picks up after Cobra Kai’s triumph at the All Valley Tournament at the end of Season 4. With Miyagi-Do Karate and Eagle Fang Karate shutting their doors, Terry Silver’s Cobra Kai dojo has established itself as the uncontested monarch of karate in the Valley, and it’s just getting bigger. Given that Johnny Lawrence is coping with the fallout from his actions, Daniel LaRusso seeks assistance from Chozen, another old competitor.

Certain characters are seen returning in the trailer. Ralph Macchio and William Zabka will return, as will Daniel LaRusso and Johnny Lawrence. We’ll Amanda LaRusso is played by Courtney Henggeler, while Vanessa Rubio plays Carmen Diaz.

Yuji Okumoto, who initially repeated his role from The Karate Kid 2 in season 3, is returning as Chozen.

Cobra Kai Season 5 will undoubtedly be action-packed. “We recently wrapped season 5.” And we ended up in a scenario where the season five finale is, I don’t want to say, larger. Still, there’s a lot more action,” co-creator Hayden Schlossberg told GamesRadar+.

“As a result, it’s turned out that way.” And we do see in following seasons, and we’re crossing our fingers that we’ll be able to continue through season five since we didn’t write it as an end,” he says. “Another is on the way.” Some of our most powerful explosions and cannons are still available. So we know we’ve got some big, epic plans in the works.

So, now that you know the Cobra Kai Season 5 release date what are you waiting for? Make sure to clear your September schedule and watch it only on Netflix.