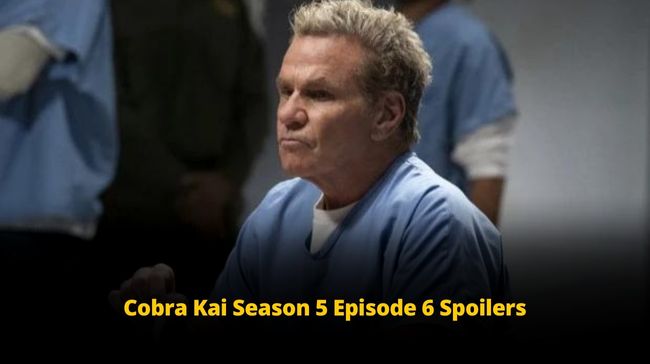 How have you been? Hope you’re doing good and keeping safe. Here we are back again with a bang, and this time, the news is all about Cobra Kai Season 5 episode 6.

This series has a lot of fan following from the viewers. Also, this series is loved by many for apparent reasons. A fantastic storyline with incredible actors. Isn’t it a perfect combination for us? At least for us, it is!

So, here is what happened in Cobra Kai Season 5 episode 6.

A glimpse of Cobra Kai

With 9/10 IMDB ratings, who doesn’t love to watch this comedy-drama? Considered one of the top ten shows on Netflix, this series is a thumbs up.

The story is about thirty-four years after 1984 All Valley Karate Tournament, a down-and-out Johnny Lawrence seeks redemption by reopening the infamous Cobra Kai dojo, reigniting his rivalry with a now successful Daniel LaRusso, and the rest is all history!

Cobra Kai Season 5 has ten episodes that star Ralph Macchio and William Zabka and were binge released on September 9th on Netflix—Have you watched it?

Also, the first response from the fans was incredibly positive, with so many of them just praising Cobra Kai season 5 and telling it to be a must-watch. However, fans loved watching Jon Hurwitz, Hayden Schlossberg, and Josh Heald!

We love the title name. Also, as everyone knows, it ended with fans most loved Daniel LaRusso getting badly hit by Terry Silver in an oh-so-crazy fight.

Did you notice that scene? But now fans are getting anxious to see how the story would lead in Cobra Kai Season 5 episode 6, Ouroboros—any guesses?

Something about Cobra Kai Season 5 Episode 6

How the episode starts with Terry getting some overseas senseis. How the story moves ahead, and then later, Tory and Kim test the students to get a sense of their capabilities.

Also, how tough and strict he’s with the students because he genuinely wants to make them winners and not losers!

Also, at the end of this episode, the gang wants Daniel to get back on their side, and the story follows.

But in the end, Daniel leaves Miyagi’s room with Amanda, but the whole group comes to meet them. But we love how Daniel gets support from Johnny, Robby, and Sam. And how much fans loved the entire sequence and these episodes of Cobra Kai Season 5!

Yes, trust us, it’s worth watching. There are mixed reviews for this. Some loved it, and the rest didn’t like it much—comment below whether you have this series or not. Don’t forget to follow us; yes, we’ll be back soon. Stay tuned! Sayonara!

Read More – Is Cobra Kai Season 5 The Last One?