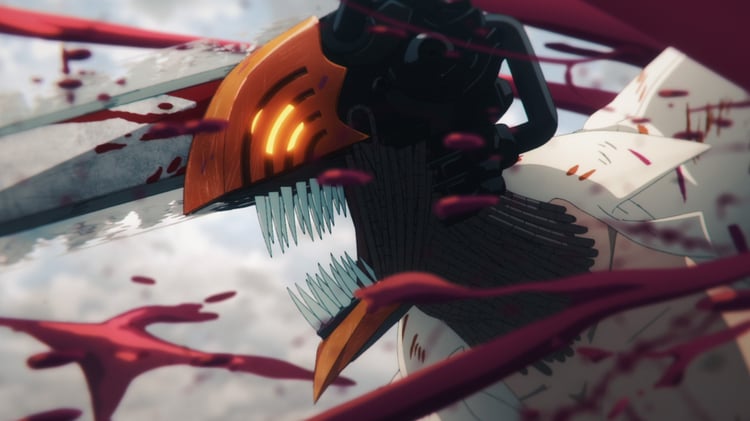 Denji and Power undertake a new project in Chainsaw Man Ep3, after their first patrol together.

Specifically, to free Power’s cat Meowy from a cruel devil’s grasp. Denji and Power respond to Makima on the events of the previous episode’s pivotal moments as the current episode’s opening scene.

The scene in which Power smote a devil with a blood hammer. Although this appears to be a positive development, Power broke the rules required of any government-run organization.

This results in a back-and-forth argument amongst siblings regarding who is to blame for the failure.

The Chainsaw Man Ep3 is on developing Power and Denji’s connection, which starts with this opening back and forth.

The two decide to set out to rescue Power’s cat after they have dealt with Makima. The two spend some peaceful moments on the trip, during which we learn about Power.

Denji doesn’t share Power’s perspective because Power is a full-fledged devil. She has distinct values and different people whom she cares about.

This first glimpse into Power’s thoughts and past are intriguing because it significantly contributes to the character’s development from her initially relatively aggressive appearance.

In reality, not much happens in this episode; instead, we learn a little more about the characters, especially Power, the demon who is compelled to engage in public demon slaying.

Although Power is rather unlikeable and harsh, this seems to be the intent, and her relationship with Meowy allows for likable character growth. She and Denji will indeed become good friends, as evidenced by the opening credits, which are still fantastic.

Denji is likewise a bit one-note in this episode, just interested in getting a feel of Power’s chest, but it’s evident that this is the show’s intended tone, which is emphasized by the frequent fan-service images.

The evil Chainsaw Man Ep3 review is back this week, and it was well worth the wait after the previous episode’s lack of significant action.

The action’s build-up is predictable; it is clear from the beginning that Power will attempt to deceive Denji, but when we see where it ends up, it almost doesn’t matter. Denji doesn’t always appear to worry about civilian involvement in combat in Chainsaw Man, which makes them exciting.

Additionally, the animation is enjoyable because, despite occasionally being a little slow, the shot composition effectively conveys the size of the monster that Denji is battling.

Chainsaw Man Ep3 review visuals emphasize the exquisite presentation style for which MAPPA is recognized. Every action the ensemble makes is hypnotic thanks to the excellent lighting, even the close-ups of shoes brushing the ground at the end of a step.

Chainsaw Man Episode 3 ups the ante when the violence commences, with rivers of blood and viscera streaming through the streets during this conflict. This scene accurately depicts hack-and-slash action and primes the audience for the coming, even bloodier confrontations.

The third episode of Chainsaw Man accomplishes its goals admirably. It delivers the stunning aesthetics that MAPPA has come to be known for, continuing to develop its characters and their environment.