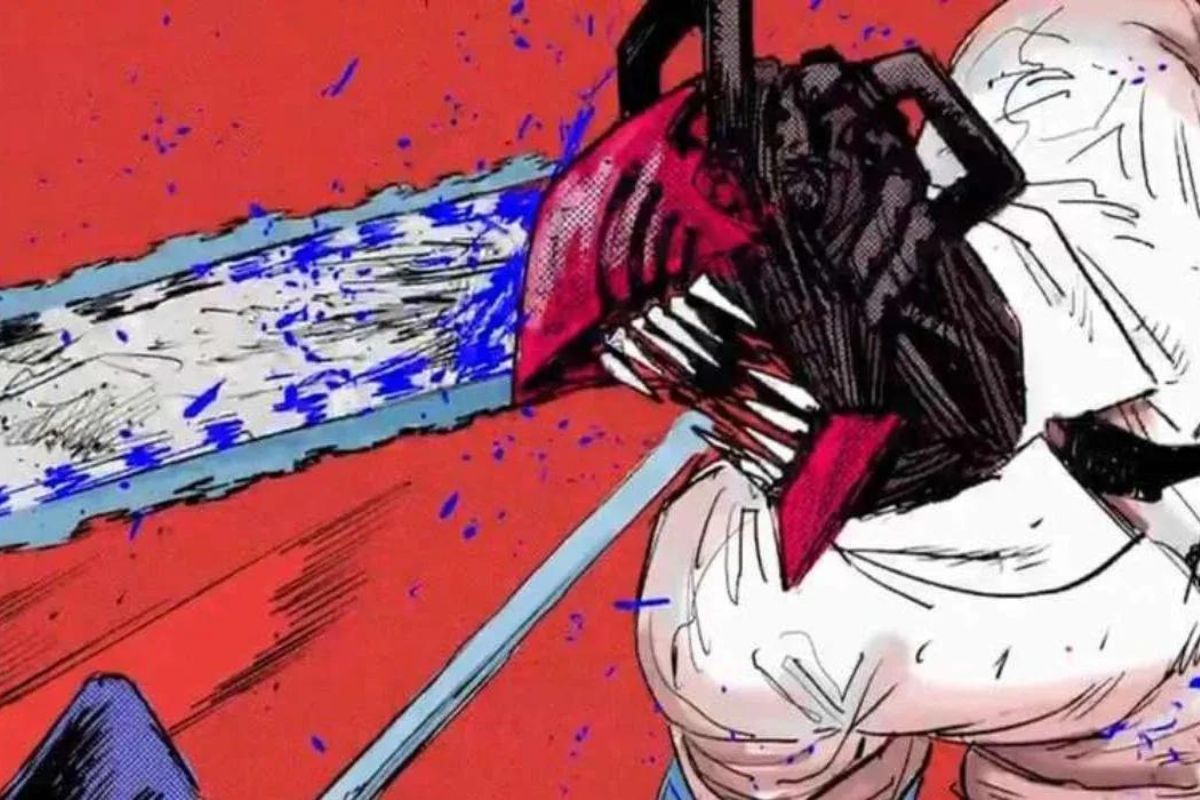 Chainsaw Man is having a big week because Chapter 109 of the manga and Episode 4 of the anime, both released just hours apart. Fans of the former had an exciting chapter as the Justice Devil attempted to slay every bully who had ever bullied Asa Mitaka.

People start questioning what happened to Hirofumi Yoshida as another devil steps in. Readers can learn interesting things about one of the series’ most notable characters’ thoughts in Chainsaw Man, chapter 109. So, here are some Chainsaw Man chapter 109 spoilers.

Chainsaw Man Chapter 109 spoilers include The Justice Devil terrorizing the school before realizing that Asa Mitaka is naked and hurt amid the mayhem. The devil, unaware that she was to fault for the wounds, accuses a student who just happened to be present and attempts to murder her.

Denji steps in at that point and commands the devil to release the girl. When Denji admits he is Chainsaw Man, the Justice Devil initially advises him to mind his business.

The Justice Devil initially thinks she can defeat Denji with ease because she can read his mind, but she soon finds that all he is thinking about is revealing his name to the world. Asa faces Chainsaw Man, who had already killed the Justice Devil, as soon as she regains consciousness.

Even though it’s lovely to see Asa finally meet Chainsaw Man, one aspect has people asking what happened to Hirofumi Yoshida, who was tasked with keeping an eye on Denji and preventing him from disclosing his true identity.

We’re hoping the Chainsaw Man Chapter 109 spoilers don’t reveal anything negative that transpired regarding Yoshida behind the scenes. In the following chapter, we might learn what he’s up to or whether he plans to assist Denji again.

Overall, Chainsaw Man chapter 109 is one of the most action-packed and plot-driven chapters in the second volume of the series. It’s hilarious to watch Denji dominate these fights with ease while only considering how to reveal his true nature unavoidably.

The fact that Yoru and Denji eventually come face to face with this problem makes it all the more compelling. Even though they aren’t currently engaged in combat, the latter may need to realize that he has already encountered his most challenging foe. However, Yoru’s encounter with Chainsaw Man will probably spur her to finish getting ready for their confrontation as quickly as possible. Asa Mitaka’s response is another issue, as is Yuko, whom Chainsaw Man is believed to have killed.

Even if Yuko’s final deeds more than justified the death she probably just experienced, her seeming death might motivate Asa to devote all of his energy to stopping Chainsaw Man.