We know you are simply fascinated watching the on-screen chemistry between the show leads – Anthony and Kate. So, are the actors dating in real life? Let’s have a sneak peek into the lives of the Bridgerton Season 2 cast.

Jonathan Bailey has grabbed the limelight with his insane performance as the lead character in Bridgerton Season 2. In real life, Jonathan is 33 years old and he was born on April 25, 1988. His native place is Benson Oxfordshire, England.

The fans were simply obsessed with the incredible chemistry between Anthony and Kate in Bridgerton Season 2. This ignited the question on social media about whether the two are dating in real life or not. However, the reality is pretty different. They are only good friends who came closer to each other during the shoot of Bridgerton Season 2.

In real life, Jonathan Bailey is bisexual. He announced to his friends and family that he is gay in his 20s. However, after his popularity skyrocketed with his inclusion in the Bridgerton Season 2 cast, Jonathan opened up about his sexuality in a recent interview.

So, Jonathan has a boyfriend, and he has been spotted multiple times with James Ellis. So, it would be safe to say that they are dating. Simon Ashley is the charm of Bridgerton Season 2. She has impressed the fans with her adorable looks and incredible acting. The actress is 27 years old, and she was born in Kimberly Surrey, England on March 30, 1995.

Curious to know about Ashley’s love life? Well, as of now, she is single. Though she loves to keep her personal life private, in an interview, she revealed that currently, she is focusing on her career.

Currently, Phoebe Dynevor is 27 years old and her birthday comes on April 17. She was born in Manchester, England. After Bridgerton Season 1 went on-screen, the fans were pretty convinced that she’s been dating Reiki Jean-Page, who played the character of Simon, because of their crazy chemistry on-screen.

But, in reality, they are only friends. When it comes to the love life of Phoebe Aynevor, she dated Pete Davidson for a few months. However, the relationship ultimately did not work out due to long-distance. Apart from that, Phoebe has also dated Simon Merrill and Sean Teal in the past, but currently, she is single and happy.

Luke is currently 33 years old, and he was born in Southampton, England on July 4, 1988. When it comes to the love life of Luke, he has left no clues online. He is one of the most private celebrities in the industry. He has no social media accounts. So, it’s pretty difficult to speculate about his love life. 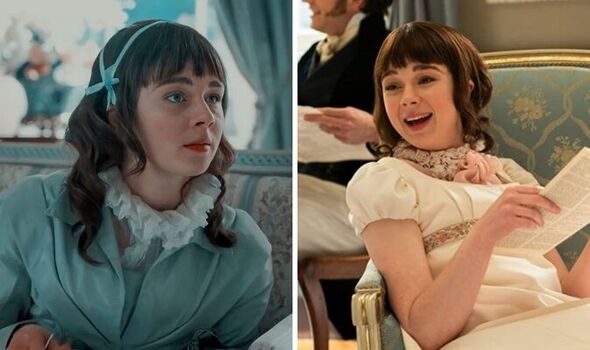 Claudia Jessie is presently 32 years old, and she was born in Moseley Birmingham, United Kingdom on October 30, 1989. She has been in a long-term relationship with her boyfriend, Joseph since 2015. However, we don’t have any pictures of the couple as Eloise is socially inactive.

So, if you are here, make sure to leave a comment about the Netflix show. Also, follow us to know more interesting facts on the Bridgerton Season 2 cast.