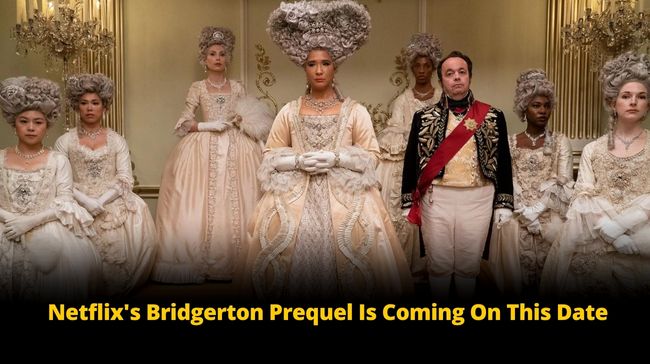 While the fans were waiting for the new season of Bridgerton, Netflix dropped a new bomb. The streaming giants have announced the unexpected Bridgerton prequel which left the fans stunned. So, here is all we know so far…

Bridgerton is a Netflix hit!!

Bridgerton is a show streaming on Netflix. Its origin is American, and its genre is historical romance.

Its story is entirely based on the Novels of Julia Quinn. The creator of this magnificent story is Chris Van Dusen with the producer Shondaland. It was created by Chris Van Dusen and produced by Shondaland as its first scripted show for Netflix.

The story revolves around the Bridgerton family and shows us the time in London when the noble children are set to open up for marriage at their marriageable age. The series was released two seasons earlier and is all set for its season 3.

However, Season 3 will not continue with the previous story but will be the prequel. Bridgertons prequel will be about the past of MonarchMonarch and many new exciting things.

The previous year, Netflix, one of the most renowned OTT brands, passed a statement about one of the characters of Bridgerton, played by Golda Rosheuvel.

In the news, they said that the prequel to Golda’sGolda’s character is already in the works. The Bridgerton past is so vital that the author Julia Quinn was determined to write about it. She further expressed how much she loves to write about Queen Charlotte.

According to her, the role of queen played by Golda Rosheuvel is a tour de force. Readers are already excited after hearing this and eagerly waiting for the Bridgerton Prequel.

Discussion over this is already a hot topic that even other well-known writers are also expressing interest in.

The words of Grey’s Anatomy’s writer for the Bridgerton:

“Queen Charlotte has been such a moving character to write”. It was also mentioned that working beside her was an exciting and fantastic opportunity!

How many Bridgerton prequels will be there?

So far, there are four books in the series. We can’t wait to see the dramatic stories of London society, huh.

Let’s say the Bridgerton-verse is expanding. With Netflix officially announcing, the cast members are set to play the younger versions of starring characters in Shonda Rhime’s anticipated Bridgerton prequel. Actress India Amarteifio is confirmed to lead as the young Queen Charlotte in the spin-off centered around the Monarch; the streamer has also confirmed this!

Ever wondered who the real Queen Charlotte was?

Charlotte was born a German noble and became Queen consort to George III upon marriage in 1761. The couple had 15 children, too!

Who knows, we see the stories of young Violet Bridgerton and Lady Danbury, too?

FYI, we would love to inform you that the Bridgerton family is getting massive, and we are so happy because we are one among them.

In fact, after the confirmation that the Bridgerton prequel would be happening—People are just curious what storyline it’s going to be about. Make sure to stay tuned for more updates and leaks…