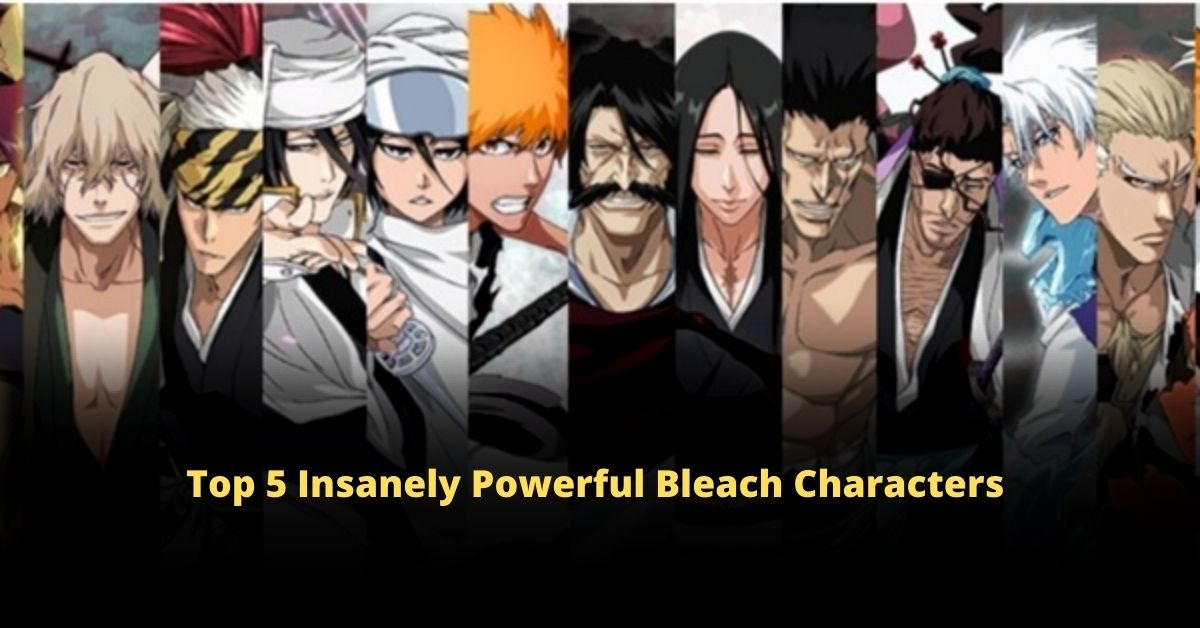 Curious to know which are the strongest Bleach characters? Here is the list of top 5.

Ichigo Kurosaki is a normal high school student until his family is invaded by a Hollow, a malevolent spirit that devours human souls. Then he encounters Rukia Kuchiki, a Soul Reaper who is injured while defending Ichigo’s family from the aggressor.

Ichigo accepts Rukia’s offer to take her abilities in order to rescue his family, and as a result, he becomes a Soul Reaper. However, because Rukia is unable to reclaim her abilities, Ichigo is tasked with tracking down the Hollows that haunt their village. He is not alone in his struggle, however, as he is eventually joined by his classmates Orihime Inoue, Yasutora Sado, and Uryuu Ishida, each of whom has their own special powers.

As Ichigo and his friends adjust to their new responsibilities and assist one another on and off the battlefield, the young Soul Reaper discovers that the Hollows are not the only serious threat to humanity.

If you want to dive into the depth of Bleach, this article is for you. Here are the top 5 most powerful Bleach characters.

The Bleach franchise offers powerful characters with inconceivable levels of strength. Here is a listing of the 5 strongest Bleach characters based on their strength.

When it comes to the strongest Bleach characters, Yhwach stands at number 1.

Yhwach, the Soul King’s son, was imprisoned for 999 years a thousand years ago. Legend has it that he would regain his pulse after 900 years, his intelligence after another 90 years, his might after another 9 years, and the planet back in 9 days.

This turned out to be more than a folktale, a true-to-life account of Yhwach’s origins. After his return, Quincy King rekindled his feud with the Soul Society. Yhwach possesses a slew of nearly unbeatable talents, including future manipulation, improved durability, and an incredible healing factor, to mention a few.

In the last battle arc, Yhwach devised a strategy to beat Yamamoto utilizing his subordinates, demonstrating that Yhwach had tremendous intelligence in addition to his strength.

Yamamoto governed the Soul Society for almost a thousand years, and not a single Soul Reaper ever threatened to topple him. His commitment to training and his bravery has turned his Bankai into a weapon of mass devastation. He has repulsed countless Soul Society assaults and even claimed victory over Yhwach, the Soul King’s son.

Yamamoto specializes in Shinigami methods such as Shinpo, Kido, and Hakuda. This, along with Yamamoto’s expertise and Zanpakuto, causes most opponents to tremble in horror even before Yamamoto attempts to incinerate them.

At number three on our list of strongest Bleach characters is Gerard Valkyrie.

Gerard Valkyrie was a member of Quincy’s elite troops, known as the Sternritter, and was one of Yhwach’s personal protection guards. Gerard was pitted against the united army of Byakuya, Kenpachi, and Toshiro’s Bankai during the majority of the Thousand-Year Blood War storyline.

He was only murdered when Yhwach reclaimed the abilities he had entrusted to his Sternritter. His talent as the “Miracle” enabled him to produce miracles anytime he was in danger. This talent renders him nearly unkillable in most situations, since every time you hit him, he becomes stronger.


Ichibe Hyosube, the current commander of the Royal Guard, a unique force of Soul Reapers entrusted with safeguarding the Soul King and royal family, bears the nickname “High Priest.”

By writing Kanji on his target, he obtains the capacity to name anything he desires. Ichibe utilized this power on Yhwach, briefly rendering him as feeble as an ant.

He is the treacherous Captain of Squad 5 as well as the top leader of the terrible arrancars. What can Sosuke Aizen accomplish?

He has incredible fighting speed and swordplay, and he can utilize a broad range of amazing kido spells without the incantation (including kido spells in the 90s!).

His shikai, Kyoka Suigetsu, is the most powerful of them, trapping his adversaries in seductive illusions. He can then easily control or kill his opponents.

Did we miss any of the strongest Bleach characters? Tell us in the comment box.

Also Read:- Naruto Vs Bleach – Which Is The Best Anime Series?