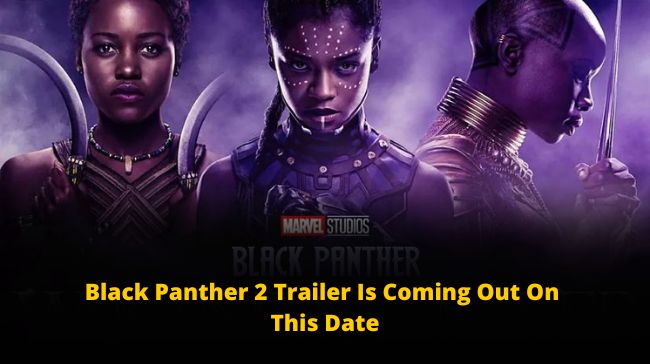 As everyone knows, little is known about the sequel of Black Panther, but there’s always a BUT! Sssssh, did you hear about the rumor demystified by Disney’s Head? Wakanda Forever: Black Panther 2 release date was claimed to be coming this week—REALLY?

Every Fan Is Madly Waiting For Black Panther 2!!

Black Panther turned out to be a big hit. Anyone can simply predict the hype for Black Panther: Wakanda Forever, just by analyzing the box office collection of the first movie.

How much? Any guesses? But we are super sure this one will also be a big success at the box office. Wakanda forever gives a center of attention to all the other characters, with a particular focus on Namor. The Villian has pepped up the craze more to the next level, Right?

Everyone knows how because of the Covid-19 cases increasing, the release date of the movies is just keeping delayed. We, anyway, couldn’t handle the Marvel Studio’s various Phase 4 delays, and now with the Black Panther 2 release date news being knocked up by Disney—One thing is for sure, we need to wait for MORE.

Like others, even we got so super duper excited that the Black Panther 2 trailer might be released during the Game 4 of the NBA Finals—But thanks to Disney’s President, Mr.Asad Ayad took to Twitter and stated its “inaccurate” news.

Bad News, right, but who knows, maybe the trailer gets released during the NBA Finals at some point!

There’s one more hot news, which says the trailer will play in front of Thor: Love and Thunders in the theatres next month (Now, only time will show how much truth it holds).

Did you know? It’s confirmed that the sequel will honor the legacy of Chadwick Boseman and won’t recast the role of T’Challa. But who knows where again the twist pops up. Duke is also reported to have an expanded role —But what’s the truth?

Mr.Coogler, what have you planned? Will Michael B Jordan return as Killmonger? It’s unlikely to show that he was killed off in the first movie… But what to expect from the Black Panther 2 trailer now?

Because we are very hyped up, this sequel is definitely worth the wait as the excitement is just hitting up day by day.