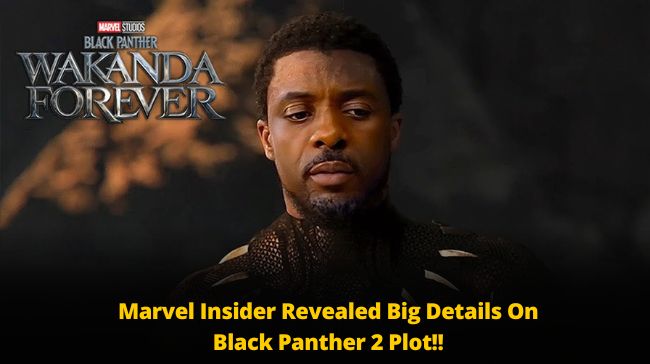 Daniel RPK spills the beans on Black Panther 2 plot! So, here are all the hot leaks!!

A piece of information about the Black Panther 2 plot was given on Reddit by a user named Daniel RPK, an insider in the entertainment industry who frequently posts details about upcoming movies.

The 30th film in the Marvel Cinematic Universe, Black Panther 2, is set for release on November 11 but has received very little official information.

After Chadwick Boseman’s unexpected death, Marvel Studios chose not to recast T’Challa/Black Panther, leading to many discussions over the future of the franchise.

But it appears from Wakanda Forever merchandise that Attuma and Riri Williams (a.k.a. Ironheart) will both have essential roles in the much-awaited movie.

Despite the film’s development being hampered by issues like COVID cases, stunt-related injuries, and the tragic passing of performer Dorothy Steel, fans have a great level of expectation from Wakanda Forever.

Although the formal end of production was in March, no trailer has yet been made public.

Wakanda Forever still has time to release its own trailer, though, as both those for Thor: Love and Thunder and Ms. Marvel debuted approximately three months before their respective premieres.

This year’s San Diego Comic-Con will feature a panel from Marvel Studios, so it’s feasible that a teaser trailer may be shown at some point during the four-day convention.

Namor is to make his MCU debut in Wakanda Forever

According to several reports and Black Panther 2 plot leaks, Namor, commonly known as the Sub-Mariner, will reportedly make his MCU debut in Wakanda Forever. If accurate, this would be the legendary Marvel anti-debut hero’s appearance in a major motion picture.

One of Marvel’s early superheroes, Namor, is notable for making his appearance in Marvel Comics #1 in 1939.

Throughout various periods of Marvel history, he has played both the hero and the villain, opposing The Fantastic Four while also serving as a longstanding Avenger and founding member of the Defenders.

The Sub-potential Mariner’s position in Wakanda Forever is still up for debate.

The seventh movie released as part of the MCU’s Phase Four will be Wakanda Forever.

Riri Williams/Ironheart will be played by Dominique Thorne, and actor Tenoch Huerta is said to be playing Namor. Along with Joe Robert Cole, Ryan Coogler is back in the role of co-writer and director.

What will be the Black Panther 2 plot?

Like typical Marvel fashion, Black Panther 2 plot and its story have been kept closely under wraps, leaving fans with little choice but to guess about the movie’s direction.

What is your take on Black Panther 2 plot? Tell us in the comment section!