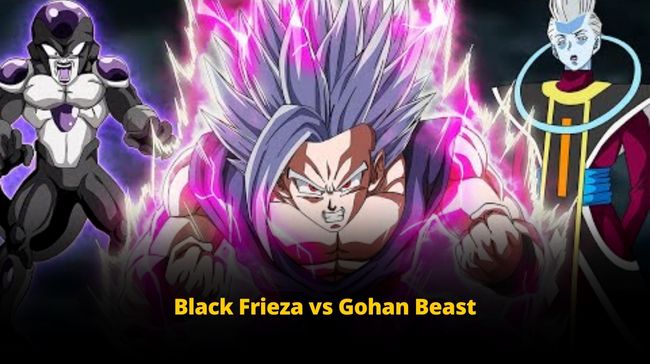 Frieza and Gohan fan world out there are all up for their favorite ones to cheer!! Let us know more about both of them today…

Why is a fight between Black Frieza vs Gohan Beast expected?

As per the latest chapters of Dragon Ball Universe, we have seen Frieza in his all-new black form and Gohan in the mighty beast form.

Both have elevated themselves but under different circumstances. In the case of Frieza, a tremendous ten years of training under the Hyperbolic Time Chamber played an important role. While in the case of Gohan, the fight against Cell Max was insane.

Now both of the characters have achieved new levels, and with the history of Frieza, these two may get into a brawl. However, the victory of Frieza is reasonably assured as Gohan though in his beast form, may match the level of Goku’s Ultra Instinct and Vegeta’s Alter Ego form.

Still, Frieza thrashing Goku and Vegeta with a single punch decides that Gohan will lose in the battle.

The difference between Gohan Beast vs Black Frieza

Both Gohan and Frieza are different. One believes in peace and the other beliefs in violence.

One is the father of the cute little girl Pan while the other owns the Imperialist Army. Gohan Beast is strong and can defeat Broly without any difficulties and even can match the power of Goku’s new form and Vegeta’s Ultra Ego form.

Black Frieza, however, defeated everyone and showed how extreme his muscles had grown. The villain has succeeded so powerfully that he has become a threat to the entire Universe 7. 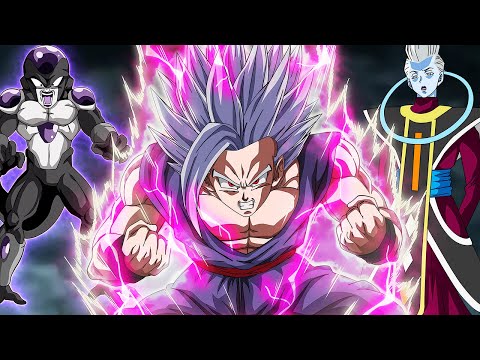 Frieza, since his childhood, has always been a genius. He was gifted with powers. He is mature enough to control his powers and knows how to use his full potential. Before his resurrection, he had a daily habit of training and hunger to remain at the top.

The Black form took ten years of Frieza training in the Hyperbolic Time Chamber. It took him ten years to surpass Goku and Vegeta.

This shows how much dedication he has towards himself. Gohan, on the other hand, never was born with the powers, but he had great potential for it. He was never in the Battles, but he was still regarded as one of the earth’s mightiest heroes.

Gohan Beast’s form is nothing but his inheritance of true potential. After breaking their claws of himself, he has become strong with this new form. Gohan possesses the pure powder form.

To bring out his best, he needs to be challenged. While on the other hand, Frieza has a great temperament but lacks this power. So, in this case, Gohan has victory over Frieza.

As discussed above, it is clear that Black Frieza will take over Gohan Beast in seconds! The answer to that is quite simple. Though Gohan has some fierce fights in his career, it still is nothing compared to Frieza. Frieza withholds tons of experience in front of Gohan.

Which side are you on?? Do share your reviews with us to let us!!