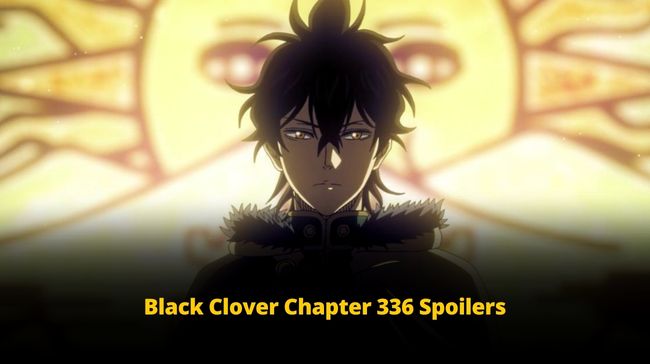 How have you been? We hope you’re doing well and keeping safe. How much we guys have missed you. Now, we can’t wait to share the trending updates.

So, today we are here with some super amazing Black Clover chapter 336 spoilers and leaks.

All you need to know about Black Clover!!

Black Clover is a Japanese manga series written and illustrated by Yuki Tabata. The story is about Asta, a boy born without magical powers.

Then, later he plans to become the next Wizard King. Yes, but this is unknown to everyone. But what happens next? Keep reading!

Ah, read ahead at your own risk; here we bring you the hottest Black Clover chapter 336 spoilers!

Yes, as the new chapter is yet to be released, the trending Black Clover chapter 336 spoilers are out too soon.

It looks like Asta’s return is confirmed to an unknown land. OMG, but what would happen in the end? Will it solve all the mysteries or create one? Ah, without wasting time, let’s get going! 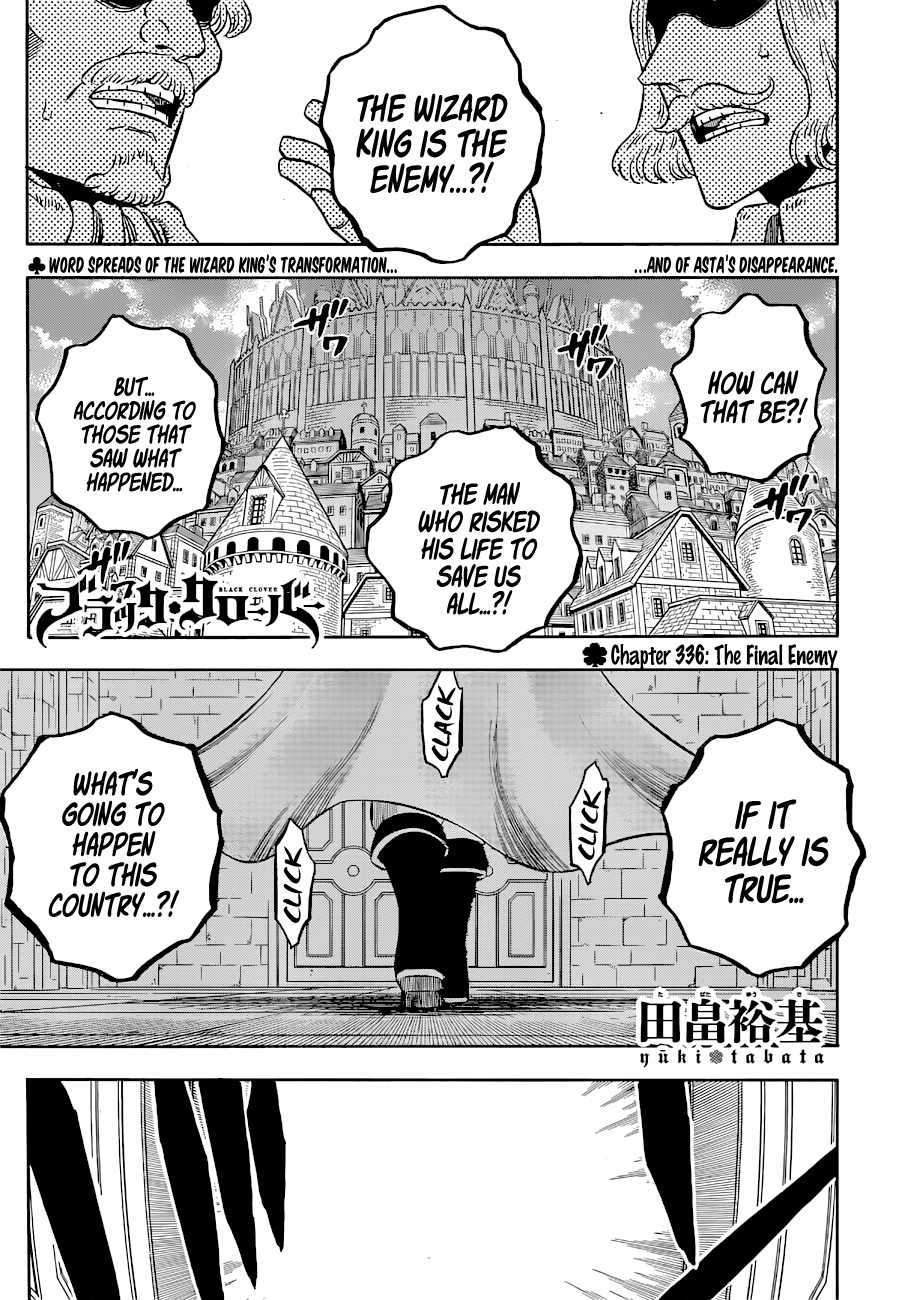 Yes, it’s after 15 months of the time skip. Read at your own risk because Black Clover Chapter 336 spoilers reveal Asta and Yuno’s path diverges until the Holy War!

This chapter is titled “The final enemy”

You should know that this chapter will start with Clover Kingdom people discussing the events of Lucius’ attack.

Also, Yami calls Nacht to confirm Asta’s status, too. What would have happened with Asta’s shadow? Yes, the truth of Lucius is no more a secret now!

Yuno is seen with a ferocious look!!

Also, alongside Mimosa, Noelle and Nero are seen with mixed expressions as they’re so shocked. Also, Nacht is seen to have the ability to sense the shadows at that moment.

Nacht would be seen recalling the incident from the Spade Battle 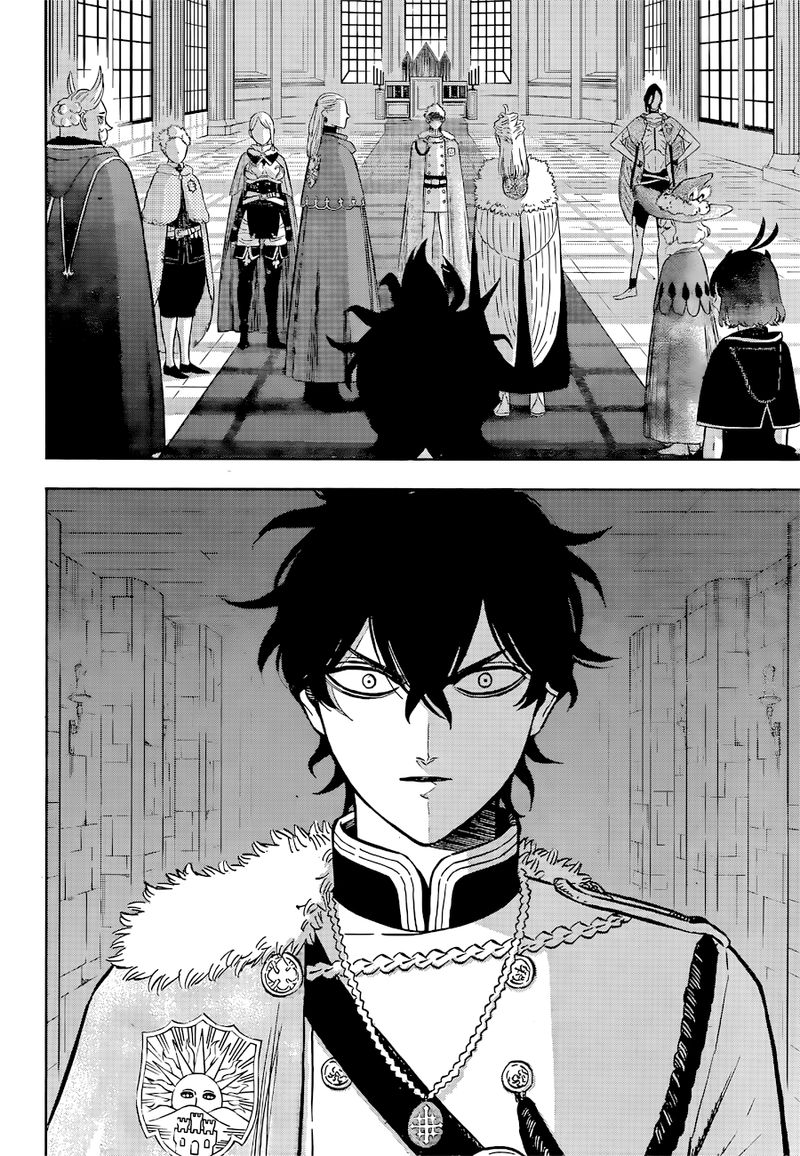 Yes, at the moment, the devil was observing them from a distance, too. Did you know these devils were sent by none other than Lucius, and then he connects them to the underworld?

Did you know Fuego wonders if Lucius had some mind technique?

Yes, he was wondering if he had some manipulation technique that he used on Sister Lily! We can’t wait to watch how he uses his Soul Magic on her! Further, Lucius shares that his chances of losing to Yuno are just 0.001%.

Yes, it’s said that Yuno still will win ahead of Lucius and will become the Wizard King!

What happens at the end of the chapter?

Yes, this was something unpredictable. Asta is seen at a strange unknown place, while a mysterious human says, “Oh, there are you!”.

You can thank us later for sharing the Black Clover Chapter 336 Spoilers!!

Yes, people. Do let us know how excited you are for this chapter, and without fail, don’t forget to comment. Stay tuned, and yes, do follow us!

Read More – Black Clover Chapter 322 Spoilers Out! What Will Be The Result Of The Battle Against Lucifero?