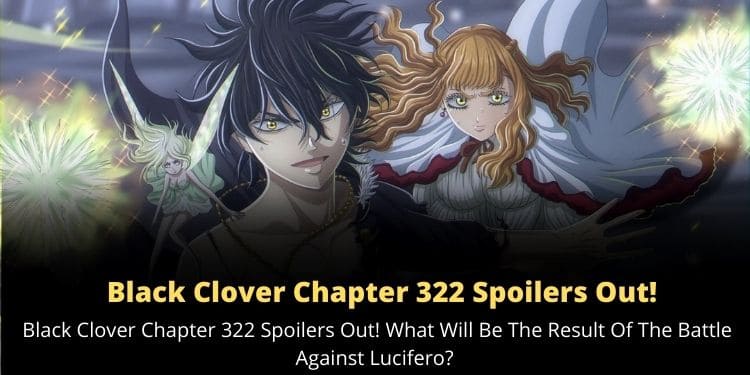 The arrival of Black Clover Chapter 321 has simply fuelled the hype for the upcoming installments. The fans are dying to know what will happen in Black Clover chapter 322.

So, fans as you know, Sassyshows hate to see the audience clamoring for their favorite shows. Therefore, we are here with the latest spoilers on Black Clover Chapter 322. Make sure to read the complete article as we have covered some incredible leaks of the upcoming chapter. SO, without any further ado, let’s jump into it.

Black Clover is one of the flagship manga series coming from Yuki Tabata. Running from 2015, Black Clover has turned out to be a fan-favorite manga, which compelled it to drop its new chapters now.

So, if you are a fan curious to get hands-on Black Clover Chapter 322 leaks or spoilers, here is everything you need to know.

On the high demand of all Black Clover fans, Sassyshows has collected the most interesting leaks on the new chapter of Black Clover.

By the start of Chapter 322, we already know that Asta is on the verge of knockout at any moment. However, with firm willpower, he still manages to rise up and step into a fight against Lucifero, who is single-handedly dealing with Yuno and Mereoleona.

After a lot of research, we have got hands-on the complete plot of the new chapter. So here is all you need to know.

As per the latest leaks, Black Clover Chapter 322 is titled, “The Vice-Captain of the Black Bulls.” At the start of Black Clover chapter 322, he will find Nacht jumping into the scene in his Equus form and he bars Asta from advancing towards Lucifero alone.

Meanwhile, Lucifero is single-handedly combating Yuno and Mareoleona. However, despite the duo’s multiple attempts they were unable to overpower the demon.

As the chapter proceeds, he will see the demon shifting his attention to Asta as he orders Adramelech to handle the other fighters, while he murders Asta. However, Adramelech will ignore his instructions and will counter by saying he loves to watch him fight alone.

At this moment, Nacht unleashes a move from his arsenal and utilizes the Union Mode joining hands with Equus and Canis to trap the demon. But his plans turn out to be a bit different as Lucifero breaks free and Nacht is completely exhausted.

So, what will happen now? Will Lucifero kill Asta or will the heroes come up with some new plans to protect themselves and the world? Stay tuned to know more.