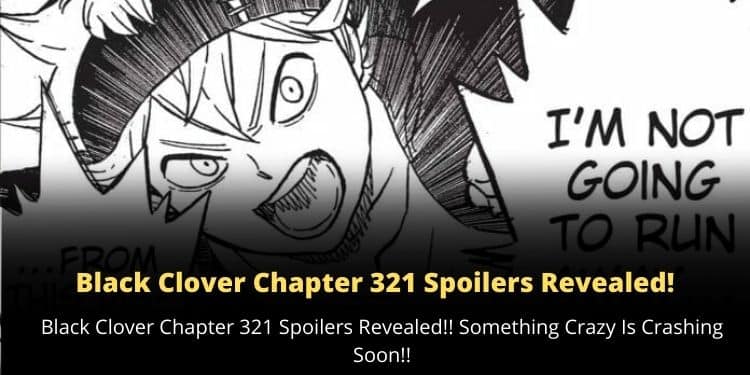 Before getting into Black Clover chapter 321 spoilers let us have a little briefing about chapter 320. So, in chapter 320, a small part of Lucifero’s horn was cut off, but Lucifero knocked him out by stomping on him in retaliation. Lucifero ruthlessly disposed of them while the Captains tried to protect Asta from him. And then he went to attack Asta again, Yuno appeared with Sylph and Mimosa and whisked Asta out of Lucifero’s grasp. While Yuno has injured himself, he made Lucifero prepared to fight.

According to the raw scans, it was admitted that the Black Clover chapter 321 is titled “Excuse,” although there’s a possibility that the title can be changed once official scans are out.

Lucifero suddenly appears beside Yuno just the same way he did with Asta, but as soon as he goes to attack, Yuno shifts into his Spirit Assimilation form and presumably starts to fight back.

Just like every anime fan, we hope that no more breaks will come and interrupt us. Sensei got a break two weeks ago and we are hoping that he releases chapters on a regular basis now.

And according to the sources it is being found out that the release date for the Black Clover Manga 321 raw scans is January 26, 2022. And then it will be on the pages of the new issue of Weekly Shonen Jump which will be in the Japanese language.

And the official Black Clover 321 English Chapter is expected to be out on January 30, 2022. Visit the official website, or the Shonen Jump app to read them legally and without any charge.

Just like every time, Black Clover Chapter 321 will be out at the right time, that is, after the release of the raws.

But you can expect them to be leaked around January 27, 2022, and then we will get the confirmed spoilers which we are surely going to post here on our website. So, remember to come back to our site and know about the Black Clover Chapter 321 spoilers in this section.

I know being an anime fan you must not be able to control your curiosity to know more and more about Black Clover 321 Spoilers. But, don’t worry we are here to provide you with end-to-end updates. So, stay tuned and we will meet soon.