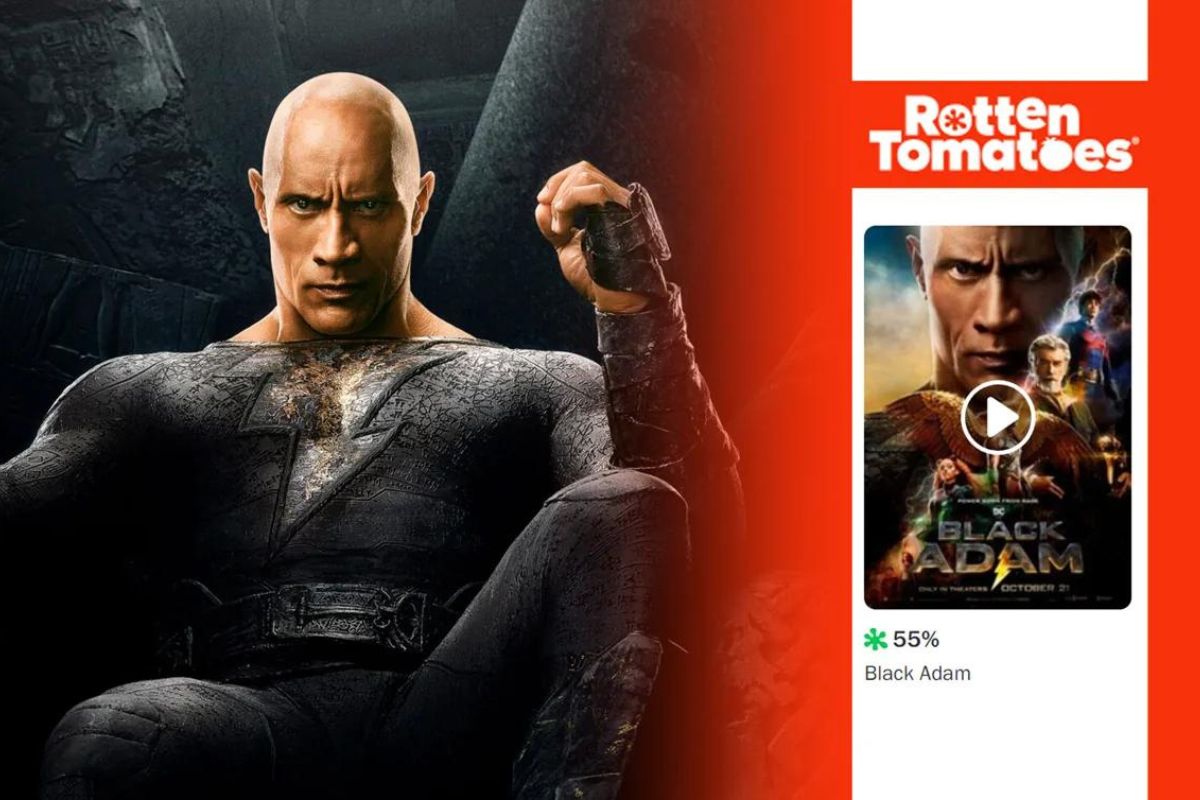 After the latest DC Extended Universe picture, Black Adam, launched with a bad score on the Tomatometer, DC fans are voicing their opinions on the review aggregator website Rotten Tomatoes.

Black Adam Rotten Tomatoes rating is really awful for a movie coming from such a big franchise.

On Rotten Tomatoes, Black Adam has a 53 percent approval rating from critics, with 94 reviews.

This has enraged some DC fans online, with many disputing the film’s Rotten Tomatoes rating. Black Adam Rotten Tomatoes score is one of the lowest in the DCEU, with just three movies scoring lower: Justice League (39 percent), Batman v Superman: Dawn of Justice (29 percent), and Suicide Squad (29 percent) (26 percent). The scores will continue to fluctuate.

According to reports, the film’s opening weekend is expected to be between $65 and $70 million. It was also stated that Black Adam is doing well with the audience.

It’s unclear why the Black Adam Rotten Tomatoes score is so low, but it has the potential to improve over time. The film starring Dwayne Johnson has yet to get audience ratings

Warner Bros. and DC have a lot riding on Black Adam’s success!!

In the expanding DCEU, Dwayne Johnson has repeatedly referred to the picture as ushering in a new era for the DC Universe, with the blockbuster introducing moviegoers to several new characters, including the Justice Society of America.

The actor has also strongly implied that Black Adam will include Henry Cavill’s long-awaited comeback to the DCEU as Superman.

However, this has yet to be formally confirmed by Warner Bros. Discovery. Warner Bros. has begun airing TV advertisements with fan quotes.

The studio has also enlisted social media fanboys to attend early screenings and interview the cast to generate interest online.

Add to that the fact that the film’s major surprise has been purposely spoiled to build anticipation, and we’re sure it won’t be long before The Rock takes to Twitter to repeat that Black Adam was “created for the fans” rather than critics so Black Adam Rotten Tomatoes score doesn’t matter much.

Only time will tell how critical these reviews are, but we’re sure there will be a lot of sadness if plans for a crossover with Shazam and Superman are jeopardized.

So, fans, what is your opinion on Black Adam Rotten Tomatoes ratings? Tell us in the comment box.