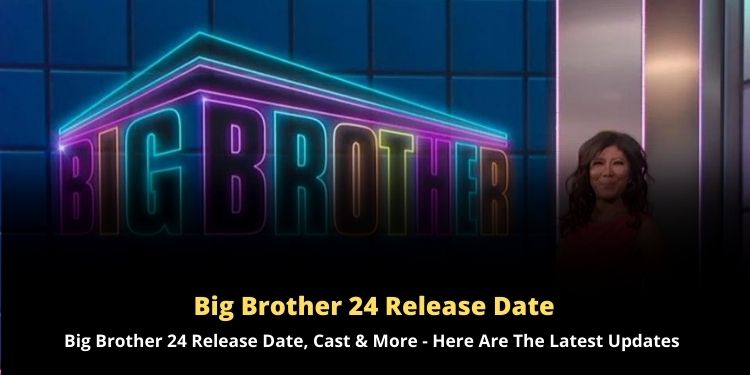 Big Brother 24 release date is finally out. Here are all the hot updates including cast, plot, and more.

New seasons of Big Brother are slated to premiere on a Wednesday in the final week of June or the first week of March each year. Big Brother 22: All-Stars was the lone exception in previous years since it was considerably delayed owing to the COVID-19 epidemic.

Meanwhile, the Big Brother 24 casting process has been underway for several months. As a result, interested individuals can submit their applications through the Big Brother Casting website. For the time being, viewers can continue to “expect the unexpected” while they wait for Big Brother 24 to premiere this summer.

For the time being, it is unknown if Big Brother 24 will feature returning cast members or a completely new group of houseguests. Julie Chen has hosted every season of “Big Brother” since its premiere in 2001, so it’s reasonable to assume she’ll return to host Season 24.

She told Entertainment Weekly that she would like to host the show indefinitely. “I can’t picture the program existing without me,” she expressed her desire to be a part of it. According to Entertainment Weekly, there are no intentions to remove Chen as the host of “Big Brother” at this time.

We can expect ongoing and perhaps more diversity among the houseguests, with at least half of the group being non-white. According to Deadline, CBS will ensure that 50 percent of its reality program cast members be Black, Indigenous, or People of Color in the future (BIPOC). The casting call is officially live, so you or someone you know maybe a houseguest on Season 24 of “Big Brother.”