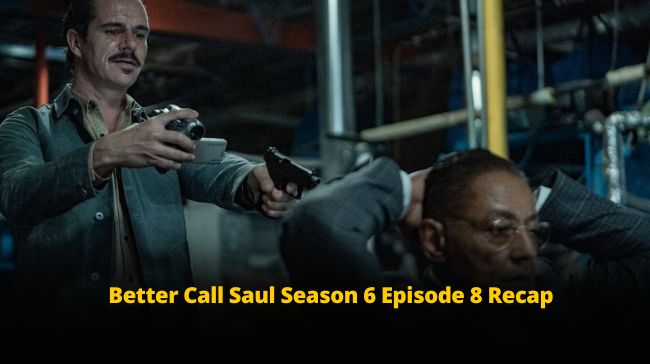 The love for crime, legal dramas, and series is an absolute thrilling part of one’s life. If you are one of those thrill lovers, then Better Call Saul is our pick for you!!!

So, today we are here with the recap of the latest Better Call Saul episode… So, keep your work aside and dive into the article!!

The well-known BBCU, AKA Breaking Bad Cinematic Universe, is famous for its characters and perception powers!! The game of life is similar to a chess game for these masters, who play it with absolute perfection by predicting their opponents’ moves! Though it is a little too good to be true, it is enjoyable to watch.

This series is a prequel to Gilligan’s Breaking Bad, his previous series. This series showcases how Jimmy McGill, AKA Bo Odenkirk, a very humble lawyer and a former con artist, turns into an absolute egocentric criminal lawyer well known as Saul Goodman.

This franchise has dropped some bombastic seasons, with the sixth season, also called the final season, premiering on April 18 2022. It consists of 13 episodes and will air its last episode on August 15, 2022.

The much-awaited second part of the finale of season six of Better Call Saul was released just a few hours back, on July 11, 2022, and is available on the AMC network. The end of Part 1 Season 6 was aired on May 23, 2022, and fans have been on a ticking spree for the finale to release.

Episode 8 of Better Call Saul’s Season 6 shows the death of Lalo Salamanca. The end of this charming killer came as a surprise in the middle of this season, when he almost was about to engineer the much-awaited transformation of Jimmy McGill to Saul Goodman.

This was the most WTF moment – bidding adios to Lalo! Lalo was choking in his own blood with flashes of lights and gunshots. The death of Lalo raises the most critical question – What will happen to Kim Wexler???? We are waiting to get an answer to this…

‘Better Call Saul’ airs every Monday in the US on AMC and every Tuesday on Netflix in the UK.

It has received immense praises for the acting of the characters, its writing plot, the excellent direction and cinematography.

We genuinely believe Better Call Saul is a worthy successor and prequel to Breaking Bad.