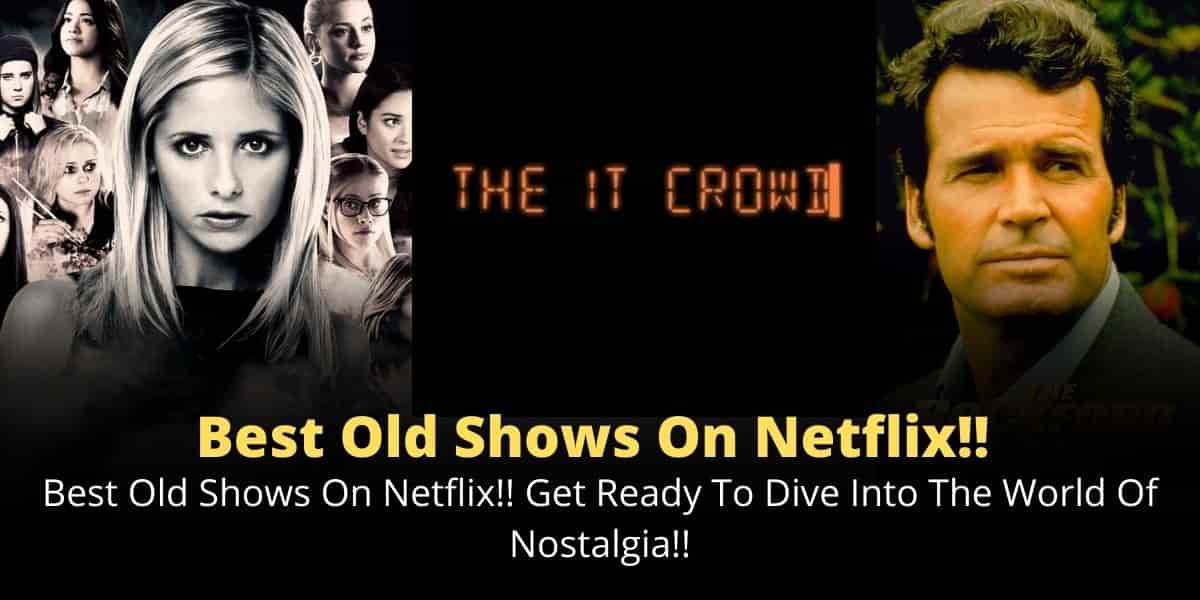 Best Old Shows On Netflix!! Get Ready To Dive Into The World Of Nostalgia!!

Netflix is constantly loading up its library with some super-entertaining shows. However, the extensive library of shows may confuse you. So, moving to the basics or the best old shows on Netflix can be a good option. Netflix’s old TV shows are truly incredible on all grounds.

Whether it’s story, cinematography, screenplay, or entertainment elements, these old-time shows on Netflix stand out in every field. So, now get ready to bid a farewell to your weekend outing plans as we are here with the list of top 15 old TV shows on Netflix that add a pinch of nostalgia to your life.

In this article, we have offered a wide view of the best older TV shows on Netflix. So, make sure to go through the complete content to make your weekends more entertaining.

While many of the viewers are obsessed with the new era Netflix TV shows, there is a vast audience who love to watch old and classic shows. Within the last few years, Netflix has turned out to be one of the most popular streaming platforms. 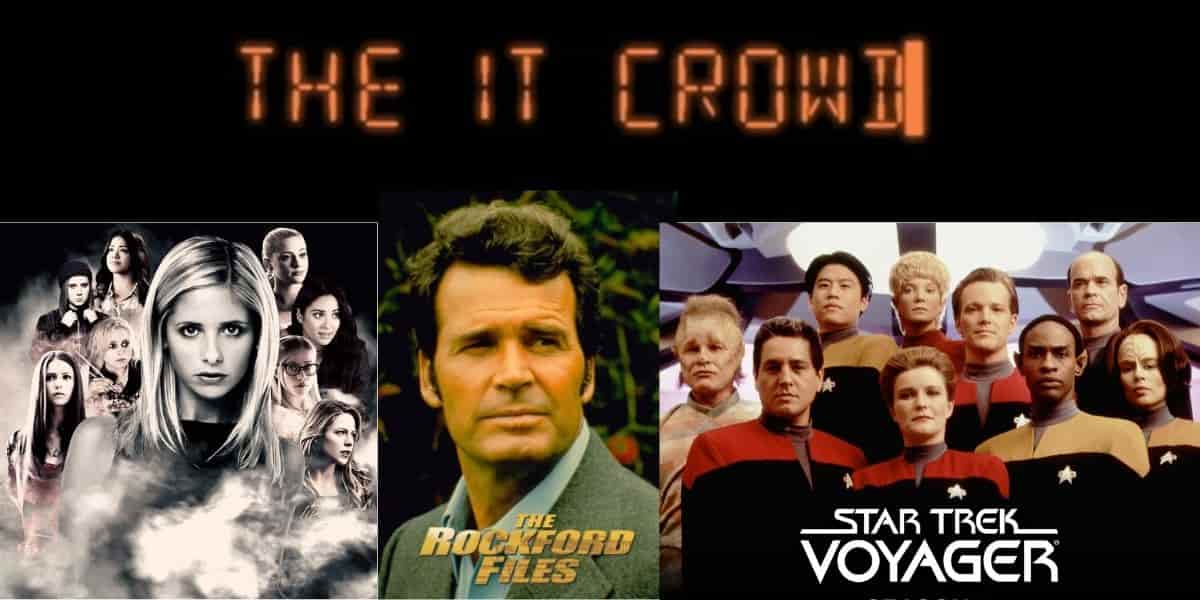 The streaming giant has stormed the Internet with top-notch shows and movies. However, certain classic TV shows on Netflix have made a mark, becoming the most-binge-able shows. With the most heart-touching content, the shows have made tons of audiences fall for them.

So, here we have rounded up the classic and nostalgic TV shows that you can stream this weekend.

“Seinfeld” is one of the most loved shows on Netflix that gathered incredible ratings. However, the show is often quoted as a “show about nothing.” The series follows Seinfeld, a stand-up comic superstar, and his cranky friends.

Within days of its release, it turned out to be one of the most popular sitcoms in the 1990s. “Seinfeld” introduces an incredibly impressive plot with some key elements that dragged the attention of the viewers.

The show received tons of reviews and the critics praised it, saying the show contains tons of minute details to fascinate its viewers.

So, if you are hunting for a show with the perfect blend of comedy and entertainment, make sure to try your hands on the tenth show on our list of best old shows on Netflix.

“House of Cards” is one of the most-loved U.K. drama trilogy series based on the popular novel of Michael Dobbs. The show revolves around Whip Francis Urquhart, the Conservative Party Chief. It showcases his struggles to become the Prime Minister.

The series sketches an incredible picture of the political space. “House of Cards” is available for 3 seasons and each season has four episodes. So, if you want to taste the essence of politics, make sure to dive into the show.

If you love comedy, you must be obsessed with Futurama. It’s one of the funniest and wildest sci-fi animated series on Netflix. Futurama is one of the trending animated shows on the streaming giant.

However, it started on Fox Network and eventually got transferred to Comedy Central. The storyline is incredibly entertaining and imaginary. Currently, there are seven seasons available for Futurama. So, this show comes third in the list of old Tv shows on Netflix.

If you are a true comedy genre fan, you simply can’t afford to miss out on “Cheers.” The show introduces some royal cast delivering insane performances. “Cheers” is a gem created under incredible writing and a mind-boggling storyline.

Sama and Carla stepped into the scene and within a blink, won the hearts of the fans. While the supporting cast, John Ratzenberger and George Wendt, too, impressed the audience. As of now, there are 11 seasons of “Cheers” available.

Mad Men is one of the most loved Netflix series following the stylish drama-oriented setting of the 1960s. It features an advertising firm, and the audience is introduced to Don Draper.

As the story proceeds, we unveil some of the dirtiest secrets between the couples and the plot takes some interesting turns. With the perfect elements of suspense, twist, and turns, Mad Men turned out to number 6 on our list of best old shows on Netflix.

Star Trek: Voyager stands out on number five with an out-of-the-box plot. Kathryn Janeway plays the central role of the captain of a starship that went missing in space.

The captain is on a mission to explore some unknown regions of the galaxy to locate the ship and get away back home.

Janeway and crew encounter different species and experience tons of adventures in the way. So, if you want a ride to space this weekend, make sure to dive into the show.

“Friday Night Lights” is one of the flagship shows created on the footprints of H.G. Bissinger’s book comes with the same name.

It centralizes the story of Texas high school football and Texas itself. It’s an emotionally efficient TV adaptation of the book that carries tons of ups and downs. The incredible performance of the cast took the show to another level.

The beautiful locations and the extraordinary story got the hearts of the fans. Critics revealed that “Friday Night Lights” is not only a TV show, but it’s also great in the way of a painting and poem.”

If you love watching TV detective series, “The Rockford Files” must be your top choice. It stars perfectionist, legendary James Garner as he handles some incredible cases. No case is too small or too huge for Garner as he navigates the world of crime.

Though there are a bunch of detective TV shows created, “The Rockford Files” has left a mark on the entertainment industry.

As of now, there are six seasons of the show and the fans are craving more. So, “The Rockford Files” comes in top 3 of our list of best old shows on Netflix.

Though there is a hot debate that “IT Crowd” doesn’t fit the classic genre, its creator Graham Linehan is known for his modern classic masterpieces. He has created some masterpieces like Father Ted and Black Books and has added a touch of royalty to “IT Crowd” too.

The show comprises tons of geektastic jokes and focuses on three IT employees. Starring Chris O’Dowd, Richard Ayoade, and Katherine Parkinson, the show is super-awesome. All four seasons of the incredible show are available on the streaming platform.

So, the number 1 on our list of old-time shows on Netflix is really worth a watch. It’s one of the most successful TV shows as it showcased the shift of creators Luke Perry and Joss Whedon from goofy humor to the depths of mythology. “Buffy the Vampire Slayer” follows Sarah Michelle Gellar as Slayer.

It showcases her life at Sunnydale High, revealing the world loaded with vampires. Netflix has five incredible seasons on the show and though Buffy is dead, it’s still an incredible show to watch. You can check out all the seven seasons of “Buffy the Vampire Slayer” if it’s available in your country.

If you are here, you deserve something grander. So, we have three bonus TV shows that will add a pinch of entertainment to your life. Check out the bonus list of the old-time shows on Netflix –

Doc Brown’s way back to the future is something incredible to witness. Bill Nye the Science Guy, entertained the fans for over five years running from 1993 to 1998.

Showcasing some insane experiments and revealing the depths of concepts of mammals, inventions, and planets, the show is interesting as well as informative.

However, 30 out of all the 100 episodes of the show are available on the streaming platform, rather than a season-wise release.

If you love grooving on some heart-touching songs, make sure to dive into the world of Glee. It’s a highly recommended series for all music lovers. So, make sure to check this out.

You may think “The Twilight Zone” is not that scary as now we have even scarier shows on Netflix’s bucket. However, the show is a masterpiece if we join its entertaining and thrilling pieces.

If you want to enjoy a dark genre series this weekend, we can assure you that “The Twilight Zone” will definitely leave you stunned.

Q1: What is the oldest Series On Netflix?

Ans – “Lilyhammer” is the first original series delivered by Netflix, back in 2012.

Q2: What Old Shows Are On Netflix?

Ans – Netflix has tons of old-time shows, some of which are – Friends, Rules of Engagement, Parks, and Recreation, and more.

Q3: What Was The Very First Netflix Original Series?

Q4: What Are The Trending Shows On Netflix?

Ans – Some of the trending Netflix series are – True Story, Breaking Bad, You, Manifest, Squid Game, and more.

Q5: What Is The Number 1 Series On Netflix?

Ans – Currently, the number 1 series on Netflix as per the view count is Red Notice, while there are more like Tiger King, Cowboy Bebop, and more.

Q6: What Are The Most Successful TV Shows On Netflix?

Ans – Some of the most successful TV shows on Netflix are – Seinfeld, The Twilight Zone, Mad Men, The Wire, and more.

Q7: What Is The Highest Grossing Netflix Series?

Ans – “Squid Game” is presently the highest-grossing series on Netflix.

If you have reached the conclusive part of the article, we hope you liked our list of best old shows on Netflix. Make sure to comment down your picks for this weekend. Share this article with your friends to pull them into the world of nostalgia.