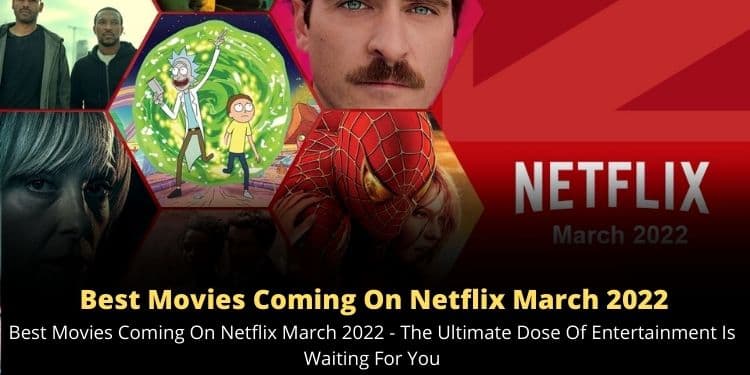 Which are the best movies coming on Netflix March 2022? Here is everything we know so far.

March is here, and things are getting heated up on Netflix. The streaming platform is gearing to drop a bunch of bombs on its audience. So, which are the best movies coming on the platform this March? Here is everything we know.

In this article, we have covered the most-awaited Netflix movies dropping in March 2022. As always Netflix will also be taking away some series. However, it will add a bunch of movies this March.

So, there are the movies coming on Netflix March 2022 –

Coming from the bag of Christopher Nolan, Dunkirk will be spreading the atmosphere of war. It will feature the situation of World War II to take the viewers into a world of action, emotion, and drama.

Against the Ice explores Greenland’s huge landscape and two lost men who deal with a bunch of hardships to survive.

The story revolves around Leyla, a heartbroken and jobless woman who wanders around the world, searching for happiness.

The Bombardment will be another World War II-related movie dropping on Netflix this March. It will deal with the fates of Copenhagen resists colliding with the deadly war.

The Adam Project is one of the most anticipated movies on Netflix March 2022. The story revolves around a pilot, Adam Reed who time-travels to join hands with his 12-year-old self and jumps into a mission to save the future.