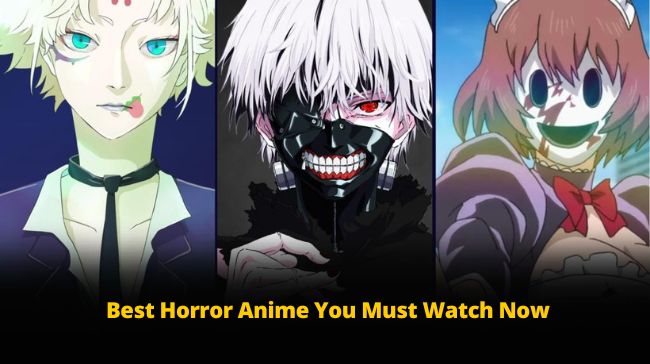 The horror anime industry is one more option to investigate among the abundance of terrifying media around the globe. So, today, Sassyshows will suggest some best horror anime series that will terrify you with a drop of darkness.

Everything We Know About The Best Horror Anime!!

It can be challenging to see horror stories succeeding in anime because the jump-scares usually aren’t as strong. The bone-chilling emotion the story conjures up throughout its running duration makes the horror genre so much more than just cheap scares.

Although there may not be as many fantastic series in anime as in shonen or shojo, some genuinely terrifying horror works still exist. The following horror anime is the best of all time and will send chills down your spine if you’re a fan of the spooky.

Although the plot of Devilman Crybaby begins to feel extremely frightening, the title may sound like a typical shonen summary.

The demons in this anime are overly sexualized, vicious, and unsettling; they are not pleasant or easy prey. Many people may find Devilman Crybaby an emotional rollercoaster due to the film’s numerous brutalities, psychedelic imagery, gore, religious undertones, graphic content, and abundance of demons.

Before being thrown into the world of darkness and full of demons by his best friend, the protagonist Akira Fudo, who even intends to use Akira for his selfish advantage, Akira has been leading a calm existence. For horror fans who aren’t interested in complex stories, it’s the ideal viewing experience.

Boogiepop Phantom is unsettling and entertaining!!

It seems obvious that something supernatural is to blame when a Japanese city is rife with violent, ritualistic killings. The fictitious character Boogiepop, who resembles Death, is followed by Boogiepop Phantom.

In this anthology series, the city’s citizens become increasingly frightened every evening because, according to gossip, the Boogiepop seizes anyone who gets too close.

The Junji Ito Collection needs to have a disclaimer!!

When it comes to the best horror anime, we can’t miss out on Junji Ito Collection. Junji Ito, a series of short horror stories based on the wildly popular manga, is an endless nightmare that will make spectators shiver.

Even though many fans of Ito would argue that the anime didn’t do the manga’s content justice, it’s still a blast to watch and unquestionably among the best horror shows ever produced.

Unlucky travelers would find spirits cursing them at misty crossroads or snails growing inside a girl’s lips in haunted villages. There is no sugar-coating in The Junji Ito Collection’s treatment of the stories, which remain remarkably loyal to their source material. This Japanese horror classic is a fantastic choice for fans of the genre.

The audience will break out in a cold sweat after viewing this creep-fueled horror extravaganza, especially if they do so at night. Its lack of time-wasting clichés is one of its most vital points.

It employs a distinct yet eerie theatrical art style to convey these terrifying tales. The audience will remain captivated by the screens as each presentation presents a different unsettling myth.

We hope you enjoyed reading this article! This article has highlighted the best horror anime. If you are an anime fan, you must watch and comment on your views about these shows!