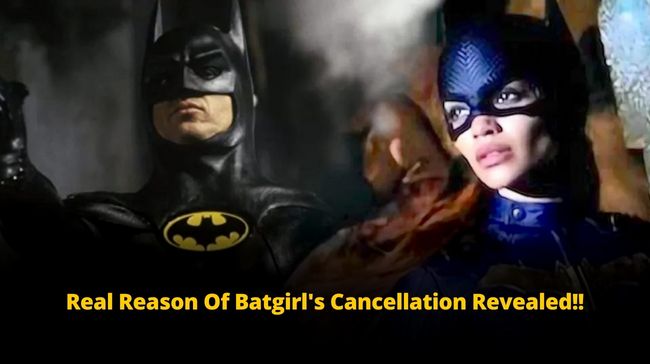 The much-awaited superhero flick Batgirl is cancelled, and this news has sent a sad wave to all the Batman fans around the world!

Batgirl cancelled – The news is out now; Despite being in its final stages, the movie has been called off…..

It was revealed in August 2022 that Warner Bros. & Discovery had axed their scheduled movie Batgirl to be released on HBO Max, despite being filmed and in post-production.

Why Was Batgirl Cancelled?

Coming from the CEO of Warner Brothers – Zaslav, the decision to execute “Batgirl Cancelled” was more strategic because of the company’s redirection and changing vision.

Though discouraging this corporate giant, post the merger of Warner  Bros, Discovery believed that the studio would be in a better financial condition if it did not release the movie rather than writing off losses by releasing it.

The Cast Is Shocked! The studio was shocked when the news of Batgirl being cancelled took its waves!! The decision to shelve the movie even though a $90m shoot was completed earlier this year.

Though the movie is dumped now by Warner Bros. and Discovery, let us know who was supposed to be the Batgirl 2022!!

Actor Leslie Grace was all set to make her debut as Batgirl on the silver screen alongside J.K.

But with the recent announcement, Batgirl Star Leslie Grace was spotted exiting Monte Carlo Italian Deli in Burbank, California on Wednesday, as the $90million superhero movie The Batgirl is cancelled by Warner Bros because the executives found it awful, it seems.

It is assumed that the reason for the sudden cancellation of the ongoing movie was that the film Batgirl was all set in an altered version of the DCEU timeline, which the new management of the DCEU was not all willing to go ahead with.

The new administration is seeking a fresh direction for the DCEU and wishes to focus more on its top 3 predominantly blockbuster franchises i.e., Superman, Batman, and Wonder Woman. Thus the decision announced: Batgirl is cancelled, fits in the new vision of the DCEU.

We are hoping that the new management does not take decisions which might hurt the fans more!!

We have heard a few more flicks have been axed by the new Warner Bros. & Discovery merger. Let us wait for some more updates on this!