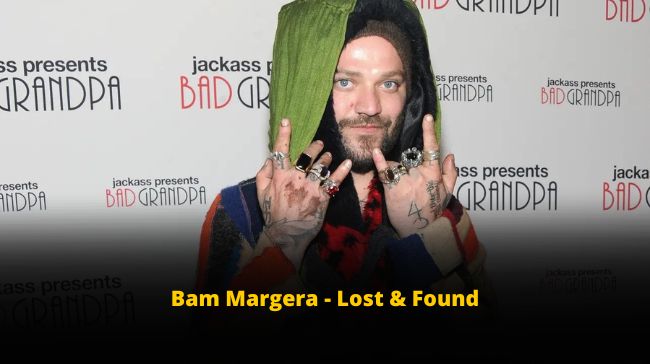 If you happen to be a lover of stunts and actions and have followed the ones who take the risky stage to perform the tricks, then you will be aware of who Bam Margera is!

Brandon Cole, aka Bam Margera, as we all know, is a well-known American Television personality, also a filmmaker and a skateboarder. He is also quite a name when we talk about stunt performers!

Recently, some news popped out on the Internet breaking the hearts of million of fans. The popular celebrity went missing. So, what’s the status now? Here is all we know.

It was reportedly found that Bam Margera fled from the Rehab Facility and was found missing.

No one could locate his sight since the known ones reported days. Though he was under court orders and was restricted to leave, it is said that he took an impulsive decision after raising complaints about the facilities provided there.

It was reportedly found by Bam Margera, who was missing after leaving a rehab facility and was not seen in days.

It was clear that Bam Margera was at the Rehab Center because he was dissatisfied with its services. If the reports are to be believed, we also know that Bam Margera would exchange his rehab centre. Since he went missing in the Delray Beach Centre, on Monday, the cops couldn’t locate him.

As reported by TMZ, Bam Margera informed the manager that the facilities available at the Rehab Center were not satisfying. So he was planning to leave the facility. And that’s what he did!!!

But despite fleeing, it is believed that he is of no harm or danger to himself or anyone around him.

We have learned that the former Jackass star Bam Margera was reported missing from the Rehab Centre on Monday and found now!

Bam Margera was located at a hotel in Delray Beach, Florida, by cops who escorted him back to the rehab centre.

Margera, who was court-ordered to be at the rehab centre, apparently also told the rehab facility manager that he planned on checking himself into a different rehab centre before leaving in a black sedan.

The staff at the rehab facility believe that despite leaving without authorization, it appears Margera is not a danger to himself or others.

Bam Margera to be back on track!!

As per reports, Bam had completed one year of his treatment for substance-related problems and had been coping well.

Now his family and friends are trying their best to get him back to the facility so he can soon retain his everyday life.

With him returning to the Rehab Centre, we wish Bam Margera a speedy recovery and hope he is soon back to his exciting life.