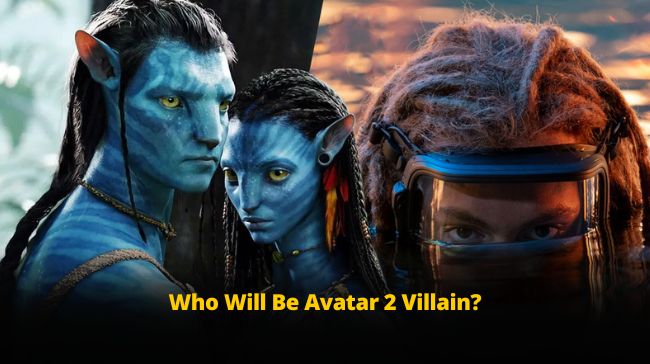 I hope you got what we are hinting at!! Here’s the catch…

So you know now what is up to you!!

The discussion is about the highest-grossing sci-fi flick of all time, which was released in 2009 – James Cameron’s ‘Avatar’. The plot is based on the fictional planet Pandora, which possesses the precious metal dubbed unobtanium ($20 million per kilogram approx).

The film’s center is about how humans desire to hold this precious metal at any cost. As the movie proceeds, we see how Jake Sully joins the Navi -human hybrid but is all in love with the Pandora princess Neytiri, Zoe_Saldaña, and then how he intends to save. Pandora from the devilish human intentions!!

With the military’s help, the Resources Development Administration, aka RDA, attempts to manipulate the citizens of Pandora so that they can get hold of the natural resources of the mineral they want the most! But the end of Avatar in 2009 wasn’t a happy one for the humans as their intentions could never succeed, and they were defeated.

Who is the Avatar 2 Movie Villain?

The end of Avatar, released in 2009, raises the most obvious question: who will be the Avatar 2 movie villain? Who will be the antagonist here in Avatar 2?

As Avatar: The Way of Water release date is out, we are definitely up for receiving a lot of buzz about it (and this is what we want, after all!!)

With the recent trailers out now, we are not yet clear about the Avatar 2 villain, but we do get an idea that the RDA is back and stronger than ever in the sequel.

Now another point here is that as the trailer gives the hint of Navi working for the RDA, it is something not expected. In the first installment, we did see how this organization was not on the same page with the Navi, but this sudden alliance is something we are waiting to know about.

Seeing the RDA and the Navi together is a matter of speculation, and we fans are not taking it easy for sure!!! This hints that the Avatar 2 movie villain is an alliance of RDA and the Navi.

The fans have long been waiting for the Avatar sequel, which is set to release in December 2022.

The star cast of Avatar: The Way of Water, stars include the older clan Sigourney Weaver, Stephen Lang, and Giovanni Ribisi, with an addition of new team members like Vin Diesel, and Edie Falco, Kate Winslet, and Cliff Curtis.

The Avatar 2 Movie Villain has also hinted at their strong comeback with an attitude of absolute surety to capture their dream metal unobtanium.

With so much on a platter, we are in absolute wait for this year’s ending, where we shall be grabbing the first-day show tickets and our tub of popcorn to see this legendary movie’s sequel! And also to know who the Avatar 2 movie villain is!!!

Are you waiting too?? Follow us for more such updates.